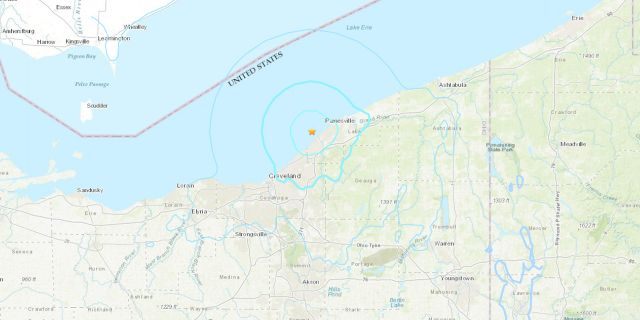 (SS) – A magnitude 4.0 earthquake hit near the Ohio coast in Lake Erie around 10:50 a.m. Monday, June 10, 2019. The tremors were felt as far away as Cranberry Township, Pennsylvania, nearly 99 miles away. A little bit less than 6,000 people have reported feeling the earthquake on the USGS page. Residents of the Buckeye State got an extra jolt to their Monday morning when an earthquake rattled parts of the state,

overwhelming some 911 dispatch centers. The United States Geological Survey said the 4.0 magnitude earthquake was centered in Lake Erie about 2.5 miles north of Eastlake, Ohio at 10:50 a.m. The quake had a shallow depth of about 3 miles and was felt by people across the region in cities such as Mentor and Cleveland. There were no reports of damage or injuries from the quake. READ MORE