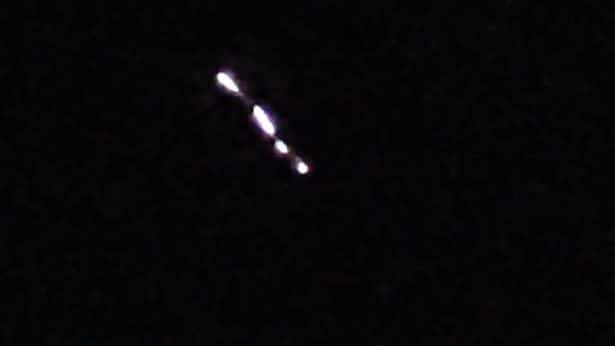 (Mirror) – Bizarre footage emerged of a mysterious snake-like UFO glowing over a desert in the US. Cody Kennedy was driving with friends in Twentynine Palms in California when he spotted something slithering through the sky. The 31-year-old, who had hoped to capture some reptiles for his animal-themed YouTube channel, said: “Me and a couple friends were driving around the desert looking for rattlesnakes. “In the desert at night, rattlesnakes will come up on to the roads while they are looking for

food and mates, and I like to drive around looking for them.” But he and his friends were left baffled when they saw a moving bright long bar in the sky on their way back. He thought someone was shining a light on the bottom of a flag, but the light was too high to have been coming from the ground. His video footage shows the UFO resembling a worm squirming in the night sky, illuminating in white but with patches of black rippling along its body. READ MORE