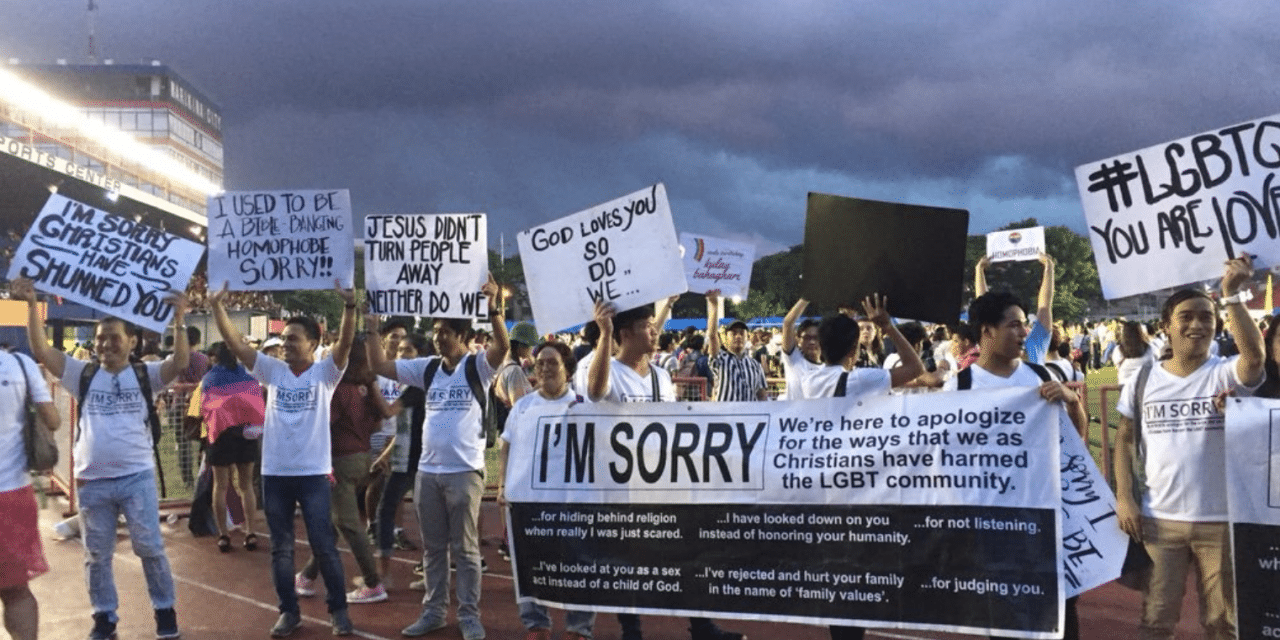 (CBS) – Jamilah Salvador was walking in her first ever Pride parade this weekend in the Philippines when she came across something unexpected at the finish. Christians were holding signs apologizing for ways the religion had hurt the LGBTQ community. The 19-year-old was marching with thousands of others in the annual parade in Marikina City, east of the country’s capital, Manila. The parade came to a close at Marikina Stadium, where Salvador was pleasantly surprised by the Christian group. “My heart really felt light upon seeing them,” Salvador told CBS News.

“I stopped when I saw them and read all of their messages and immediately felt goosebumps all over my body, then my tears started to build up.” The main banners held by the group listed the ways “Christians harmed the LGBT community,” including statements, such as “I’ve rejected and hurt your family in the name of ‘family values.'” The other individual signs varied with messages like, “God loves you, so do we,” and “I used to be a Bible-banging homophobe Sorry!!” READ MORE