Biblical swarm of a million locusts devastate 5,000 acres of crops in Sardinia 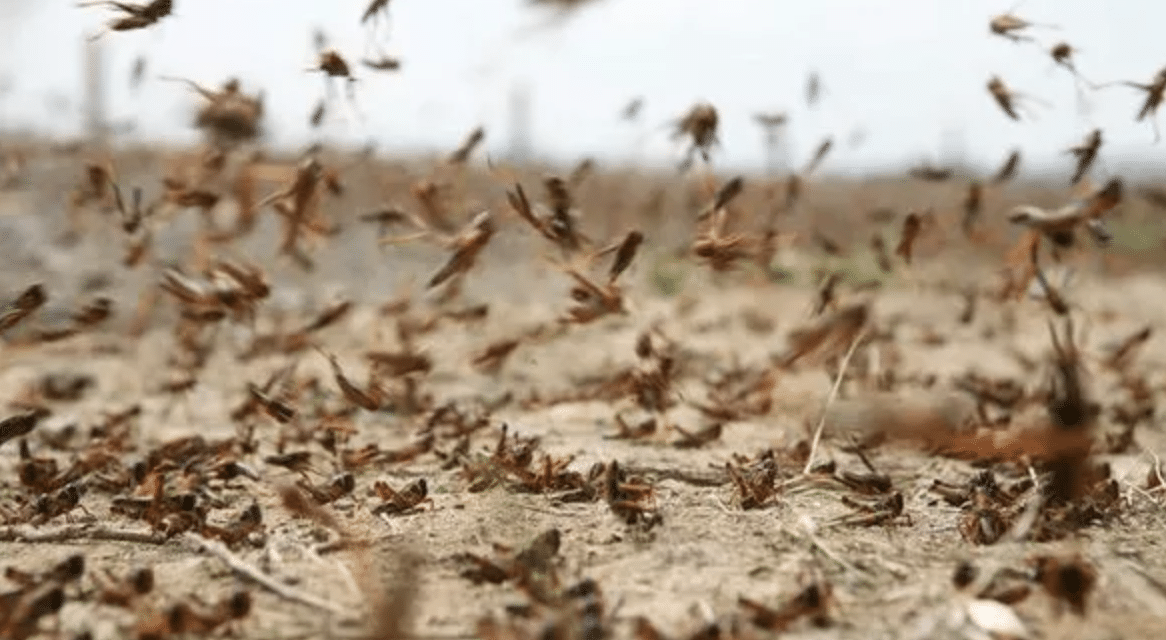 (Express) – A devastating swarm of locusts has wrecked up to 5,000 acres of crops and livestock in Sardinia. The attack of a “carpets of locusts” is being described as a “biblical” invasion, by Italian newspaper La Nuova Sardegna. The plague of short-horned grasshoppers is thought to be one of the worst in 60 years and has caused havoc across farms and homes in the central province of Nuoro. In a statement, the Italian farming association Coldiretti stated there was up to a million locusts in the countryside. It added: “The

locusts emerge on uncultivated land, but then they go to cultivated land to eat.” Leonardo Salis, president of the association, said the insects had been “devouring everything they encounter” and had even left “animals without grassland”. He added the pests risk “seriously compromising part of the harvest”. It is understood up to 12 farms have been affected with 5,000 acres (2,000 hectares) destroyed. Mr. Salis warned locusts have also caused “considerable damage” to other parts of the Mediterranean island. READ MORE