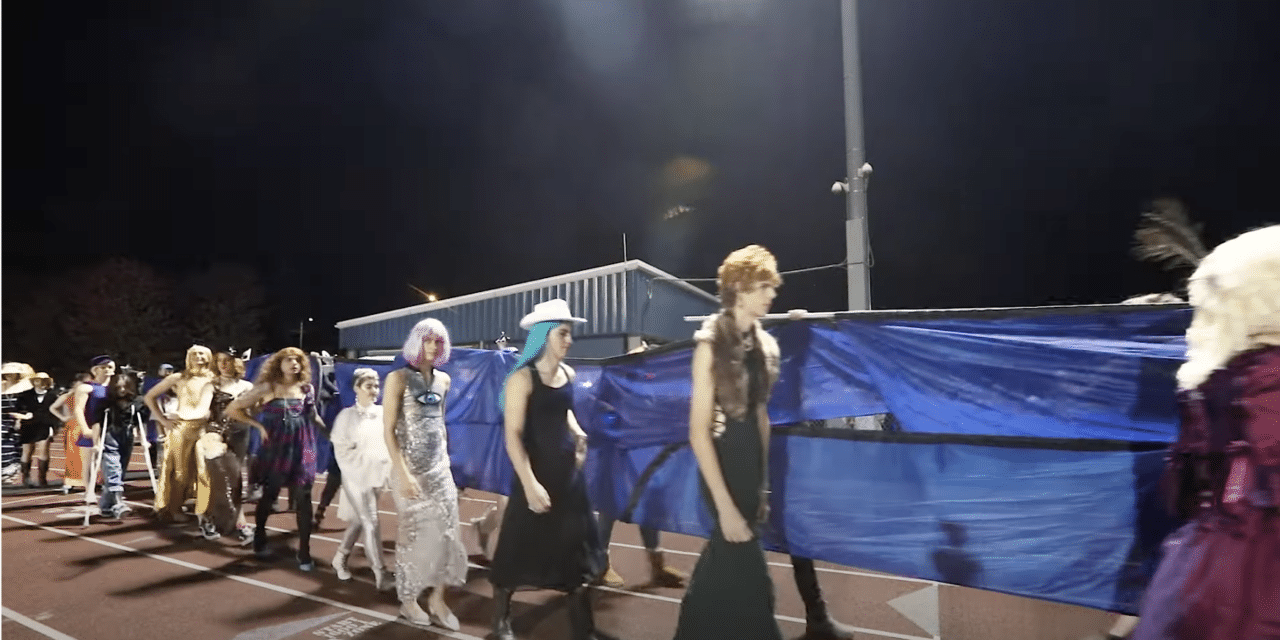 (OPINION) File this one in the “Believe it or Not” section. If you already think this country is going downhill, well it just slid a little further down. A Vermont public high school homecoming football game last Friday night turned into a “drag ball” runway at halftime, with a mix of students and faculty members parading in gowns, wigs, and makeup – and a big crowd in rainbow colors to cheer them on.

Yes, you read that right – it happened at a public high school, and faculty joined in. The Associated Press reports as school cheerleaders wrapped up their routine, about 30 students and faculty members from Burlington High School dressed as drag queens and kings – or a bit of both – walked out onto the field and the crowd started to chant, “Drag Ball!”

Andrew LeValley, an English teacher and adviser for the Gender Sexuality Alliance at the school, came up with the idea for the event. He joined students on the makeshift runway, dressed in a Shakespearean burgundy gown and a wig. He said he was inspired by Lady Macbeth and Marie Antoinette.

The high school’s Athletic Director Quaron Pinckney had suggested the event be held at halftime of the football game. Pinckney, who is Black, said the school gave him the space to “uplift my voice” and that he was able to reciprocate and “uplift the voices of another marginalized group and share a space in the athletics realm that doesn’t normally get shared.” READ MORE