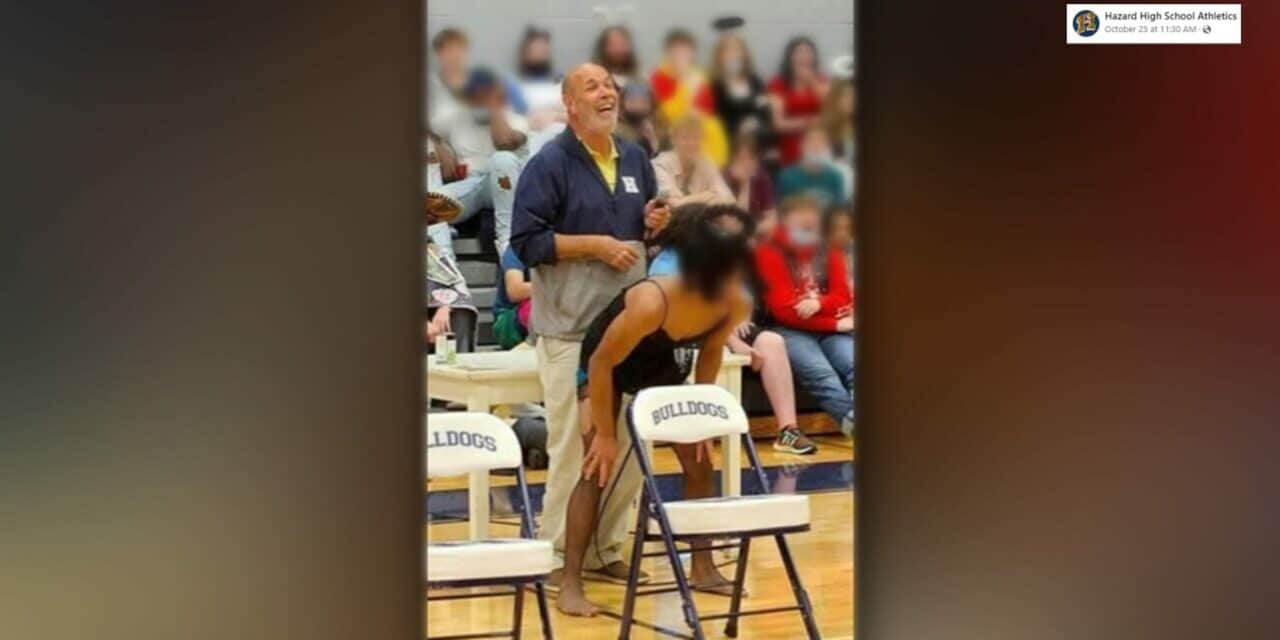 A Kentucky school district confirmed on Wednesday it is investigating social media posts of a homecoming event showing male teenagers in skimpy clothing giving lap dances to school staff, including the principal.


INSANE: Mayor of Hazard, KY who is also the principal of Hazard High School, held an assembly with a male pageant. The students came dressed in lingerie and gave lap dances to the staff. pic.twitter.com/ZxODWQWOsx

According to the Lexington Herald, On Wednesday night in a statement, Combs apologized and said the inappropriate activities would not happen again. She said disciplinary action had been taken but she could not elaborate on a personnel action. Donald “Happy” Mobelini, principal of Hazard High School and also the mayor of Hazard, who was in the photos, did not immediately return a phone call or email asking for comment.