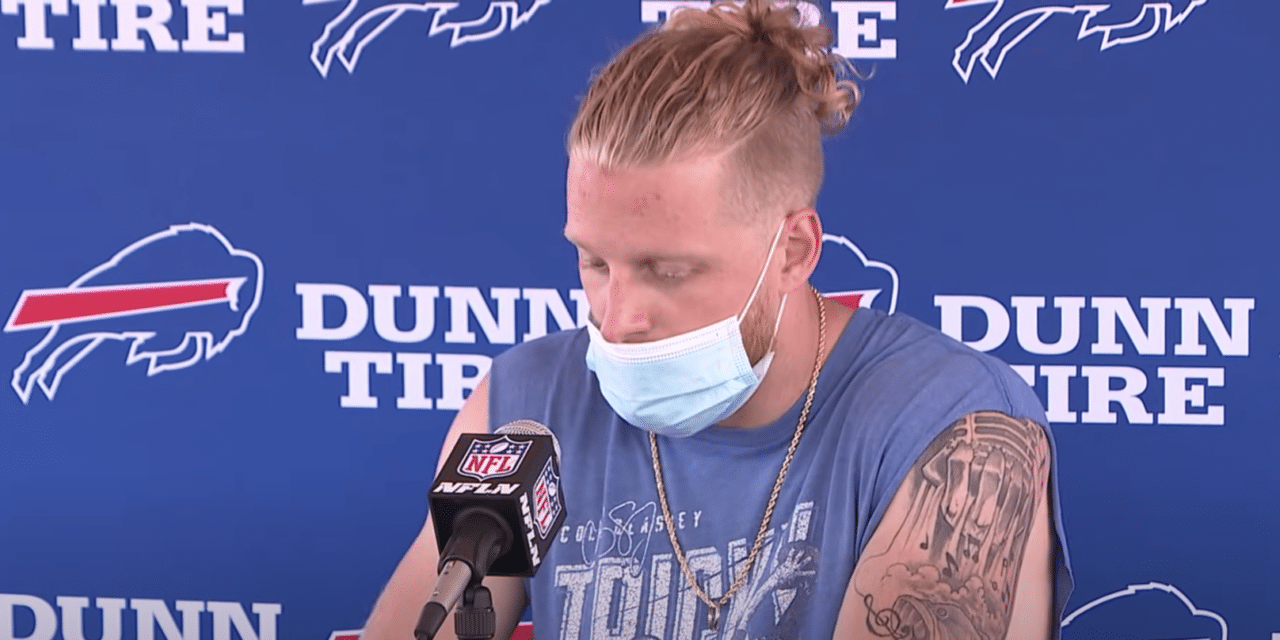 (OPINION) NFL star and anti-vaxxer Cole Beasley have offered to buy unvaccinated fans tickets to Bills games away from home. Wide receiver Beasley, 32, along with side’s long snapper Reid Ferguson, 27, made the gesture after the Buffalo Bills issued a mandate saying the proof of vaccination was required to attend games held at Highmark Stadium.

Fans who have refused to get the coronavirus vaccine have been planning to support their team at away games. But it looks like those fans won’t have to stump up the cash for tickets if Beasley and Ferguson keep their word.

Responding to fan Chris Hauquitz on Twitter, Beasley wrote: “If you find an away game you are able to go to then I will buy the tickets for you guys. DM me names and everything and I’ll figure out the best way to make it happen.” “I’ve had Covid, so in my opinion, I’ve already got the antibodies,” Hauquitz told the Buffalo News.

“I think they’re just as good as the vaccine. The vaccine came out pretty rushed. I don’t really know all the information. In my opinion, there’s so little information out there and it all seems to be one-sided. And then, personally, my religious beliefs. I think God created me for a purpose. He has a plan for my life. And whether I have the vaccine or not, I’m taken care of.” READ MORE