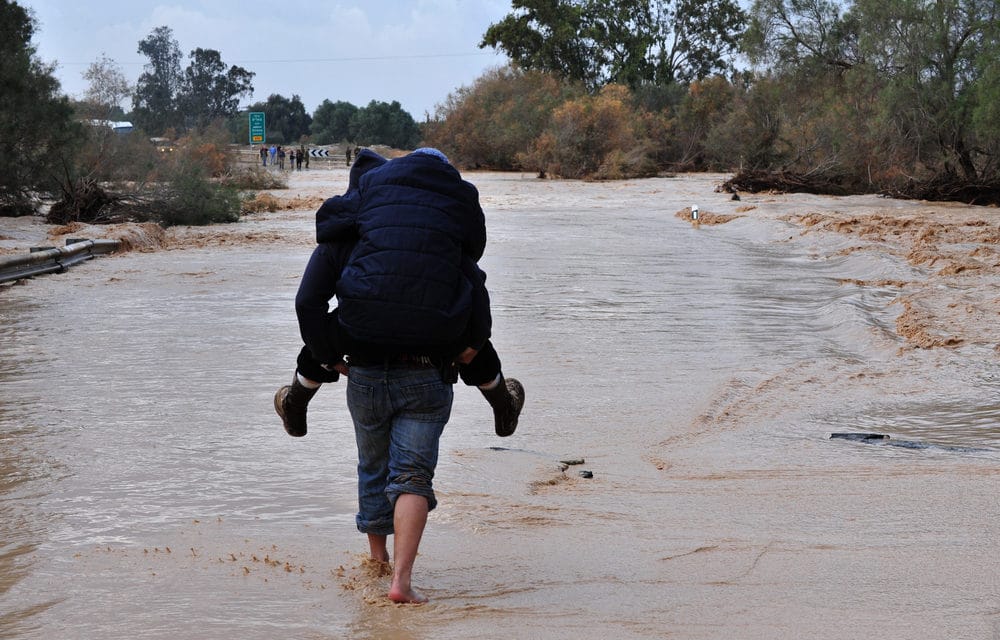 (OPINION) Israel 365 News – A prominent mystic rabbi noted that contrary to predictions that the current rain season would continue to be un-blessedly dry, Israel is being inundated with rain. This rain, the rabbi noted, is purifying Israel, spiritually and physically, cleaning away the coronavirus.

Rabbi Yitzchak Batzri, a prominent mystic rabbi, explained that the recent rains, notable in their quantity and strength and for coming after a dry beginning to the current winter rainy season, were sent to heal Israel, physically and spiritually. The rabbi noted that a full month’s worth of rain fell in one night ten days ago.

“Rain purifies the air and cleans it from spiritual and physical impurities. There are poisonous qualities that arise from the depths of the earth and from impure sources. These impure vapors congeal into what we refer to in mystical terms as the snake that kills.” The rabbi noted that physical difficulties, like the Coronavirus pandemic, are frequently signs of spiritual defects, as was displayed by the plague of snakes that attacked the Children of Israel after the Exodus from Egypt.

The rabbi noted that even though the attack by the snakes was remedied by a physical ‘cure’ (i.e. the brass snake), spiritual repentance was also required. “These impurities circulate in the world and in conjunction with the disease that is in the world conspire to kill people,’ Rabbi Batzri said. “After the rain, which we know as an aspect of the resurrection of the dead, leaves the air clean and pure.” READ MORE