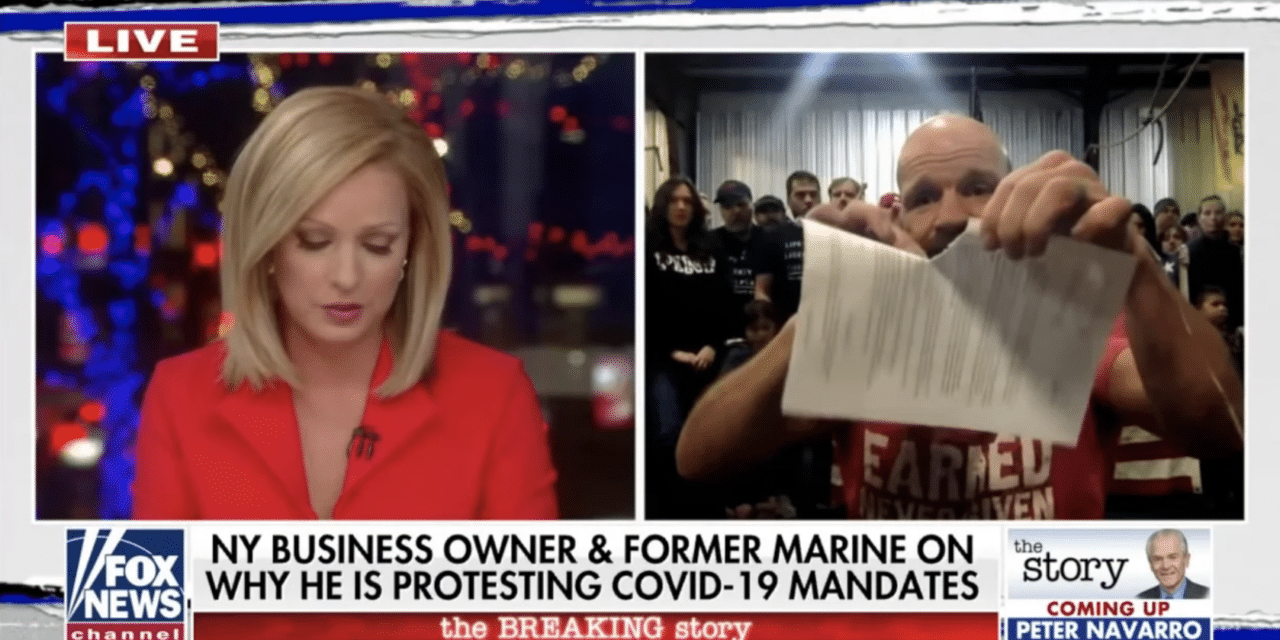 (TheBlaze) – A fed-up U.S. Marine and small business owner in New York ripped up a $15,000 fine for violating the coronavirus restrictions on live TV Tuesday in defiance of rules ordering businesses to close and limiting public and private gatherings to just 10 people.

Robby Dinero, the owner of Athletes Unleashed CrossFit gym in Orchard Park, New York, was fined after a confrontation with an official from the Erie County Health Department and Erie County sheriffs during a protest against the coronavirus restrictions on businesses held in Dinero’s gym Friday.

The police and the health department official were told to leave Dinero’s property and “go get a warrant” in a video that went viral. On Tuesday evening, Dinero was interviewed by Fox News about the incident and what happened afterward. “I posted on Facebook Friday night that I wanted to get together business owners and protest and fight the lockdown that I feel is infringing upon our freedom,” Dinero told Fox News.

“We were about 20 minutes into that meeting when some sheriffs and a department of health official showed up uninvited. My business was closed, we were not conducting business. This was a protest.” When some of the protesters asked Dinero what they should do, he told them to get the officials to leave.

“Those patriots took it upon themselves to stand shoulder to shoulder and tell them to get out. And we were right because if we were wrong they would have called for backup and come back. But they didn’t, they left,” Dinero said. READ MORE