DEVELOPING: Tropical Storm Isaias nears hurricane strength as it crawls toward the Carolinas 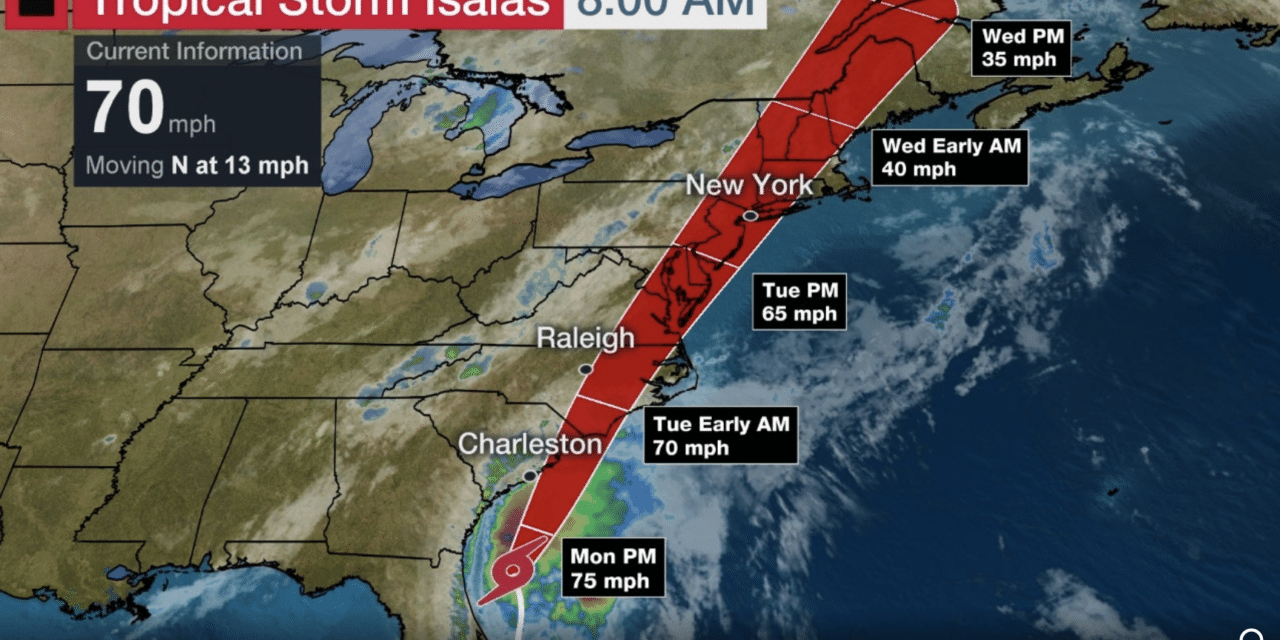 (CNBC) – Isaias was forecast to be near hurricane strength as it approached the Carolinas Monday, just a day after bands of heavy rain from the tropical storm lashed Florida’s east coast. The U.S. National Hurricane Center issued a hurricane warning from South Santee River, South Carolina, to Surf City, North Carolina, in its 5 a.m. advisory.

Tropical Storm Isaias had maximum sustained winds of 70 mph (110 kph) and was expected to strengthen later Monday, forecasters said. A Category 1 hurricane has winds of 74 to 95 mph (119 to 153 kph). Parts of the Carolinas were due for up to 6 inches (15 centimeters) of rain, storm surge, and possible tornadoes, the advisory stated.

Forecasters said Isaias was located 280 miles (455 kilometers) south-southwest of Myrtle Beach, South Carolina. It was moving north at 9 mph (15 kph). Over the weekend, Isaias brought heavy rain and flooding to Florida as officials kept a close eye on the storm while dealing with surging cases of the coronavirus. The storm had weakened from a hurricane to a tropical storm on Saturday afternoon. READ MORE