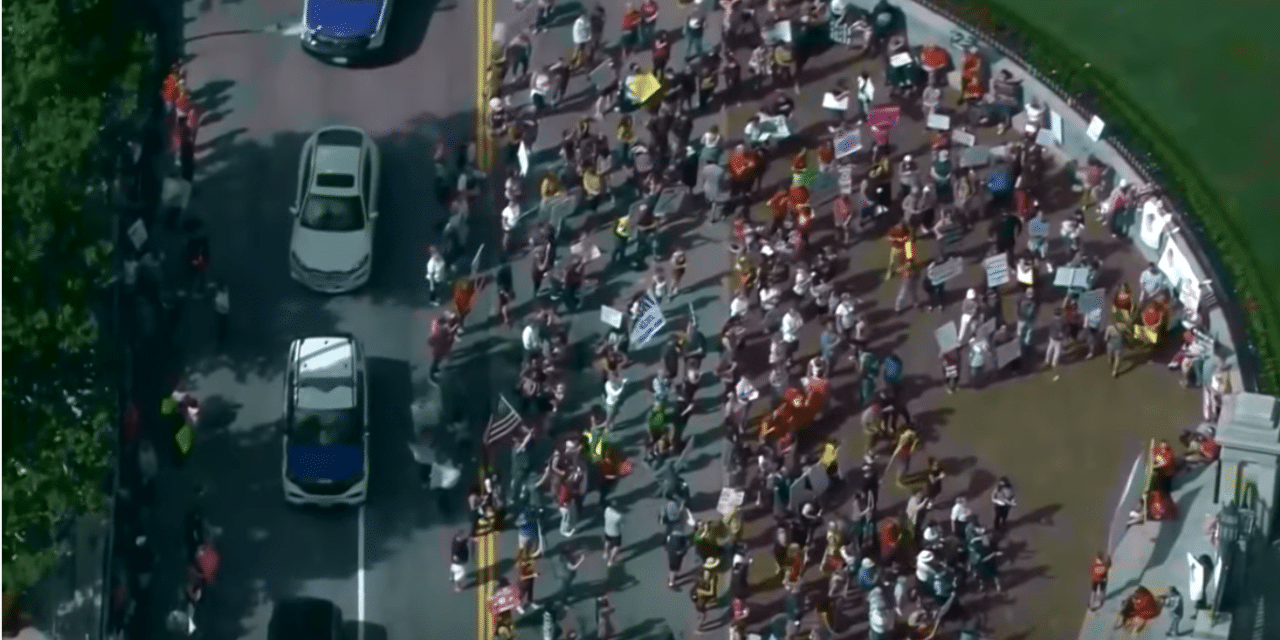 (ETH) – Dozens of parents have reportedly headed to the State House in Massachusets, to protest the new student flu shot mandate that has been put into place. This comes as earlier this month, health officials announced that all students six months old through college age will be required to get vaccinated by the end of the year.

According to a statement from Massachusetts Governor Charlie Baker, the shots are needed to keep the healthcare system from getting overwhelmed by the coronavirus and the seasonal flu.  The gathering protests began around 10 a.m. on Beacon Hill, with hundreds gathering outside the statehouse with signs and chanting.

“We think that’s complete government overreach, and we’re here to fight for all the kids,” said one parent. “They shouldn’t have to get the flu shot.” “I just think that we should be able to choose what goes into my son’s body,” said Jennifer Cordy, a parent from Beverly who attended the rally with her son.

“And we should be able to say yes or say no and the government should not choose that for us.” “I’ve been really stressed out about it, but I’m contemplating having to homeschool until hopefully this gets reversed. But I’m not going to pressure me into getting a flu shot. I don’t get a flu shot, my kids don’t get it,” she continued.  December 31st is the deadline to get a flu shot for this school year.