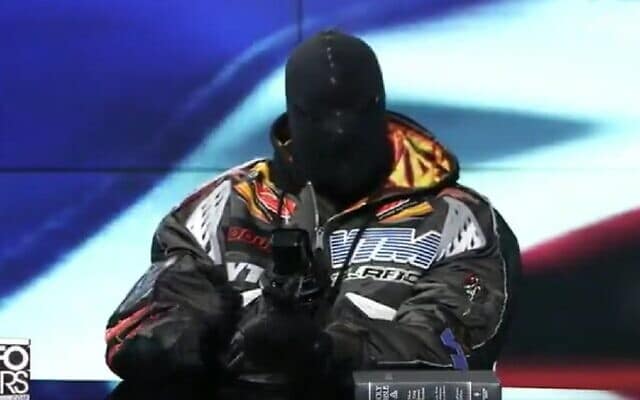 (OPINION) Kanye West said that there were good things about Adolf Hitler while being hosted on Alex Jones’ far-right show Infowars on Thursday. In response to Jones telling West that he does not deserve to be called a Nazi, West replied that he loves everyone including Hitler.

“Well, I see good things about him,” he said. “I love everyone. The Jewish people are not going to tell me ‘you can love us and or you can love what we’re doing to your contracts, but this guy (Hitler) that invented highways and invented the very microphone that I use as a musician – you cannot say out loud that he ever did anything good.’

I’m done with that. I’m done with the classifications. Every human being has something of value that they bring to the table, especially Hitler.” “I don’t like the word ‘evil’ next to Nazis,” he added later in the show. “I love Jewish people, but I also love Nazis.”

West then compared himself to Jews in the Holocaust, saying that “there are Jewish people basically hiding me under their floorboards right now. It’s like a reverse version of the Holocaust.”

The microphone and highways, which West said were good things that Hitler created were not invented by Hitler. Highways existed as early as 1906, and there is no consensus on who was the inventor of them, but it definitely wasn’t Hitler. The invention of microphones has been attributed to inventors such as Alexander Graham Bel and Thomas Edison, and the patent is held by James West.

West and Jones were joined by white supremacist Nick Fuentes who is well known for his Holocaust denial. Donald Trump sparked much controversy earlier this week when he hosted West and Fuentes for dinner at his estate in Mar-a-Lago. (SOURCE)