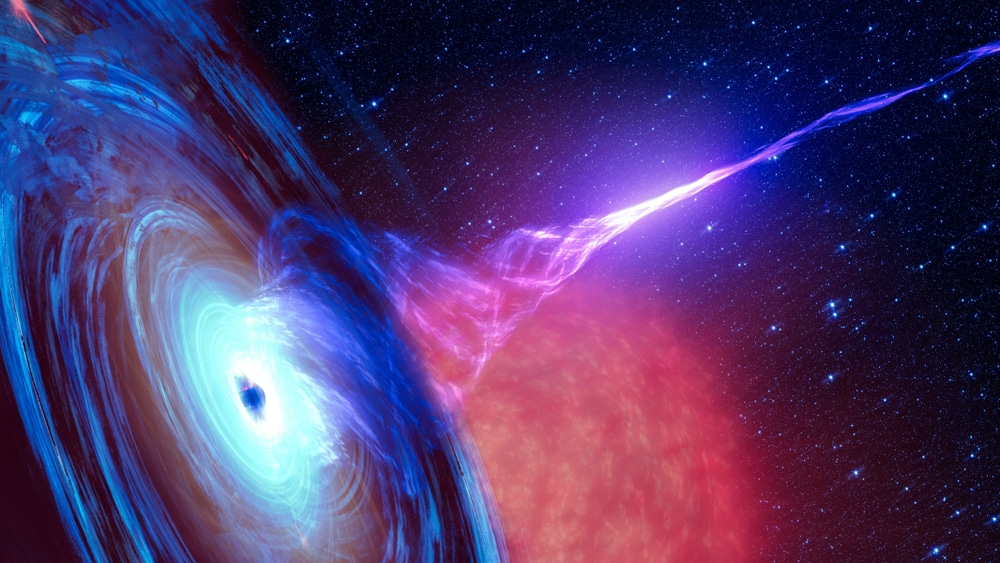 In science fiction – think films and TV like “Interstellar” and “Star Trek” – wormholes in the cosmos serve as portals through space and time for spacecraft to traverse unimaginable distances with ease. If only it were that simple.

Scientists have long pursued a deeper understanding of wormholes and now appear to be making progress. Researchers announced on Wednesday that they forged two minuscule simulated black holes – those extraordinarily dense celestial objects with gravity so powerful that not even light can escape – in a quantum computer and transmitted a message between them through what amounted to a tunnel in space-time.

It was a “baby wormhole,” according to Caltech physicist Maria Spiropulu, a co-author of the research published in the journal Nature. But scientists are a long way from being able to send people or other living beings through such a portal, she said.

“Experimentally, for me, I will tell you that it’s very, very far away. People come to me and they ask me, ‘Can you put your dog in the wormhole?’ So, no,” Spiropulu told reporters during a video briefing. “That’s a huge leap.”

“There’s a difference between something being possible in principle and possible in reality,” added physicist and study co-author Joseph Lykken of Fermilab, America’s particle physics and accelerator laboratory. “So don’t hold your breath about sending your dog through the wormhole. But you have to start somewhere. And I think to me it’s just exciting that we’re able to get our hands on this at all.”

The researchers observed the wormhole dynamics on a quantum device at Alphabet’s Google called the Sycamore quantum processor. A wormhole – a rupture in space and time – is considered a bridge between two remote regions in the universe. Scientists refer to them as Einstein-Rosen bridges after the two physicists who described them – Albert Einstein and Nathan Rosen.

Such wormholes are consistent with Einstein’s theory of general relativity, which focuses on gravity, one of the fundamental forces in the universe. The term “wormhole” was coined by physicist John Wheeler in the 1950s.