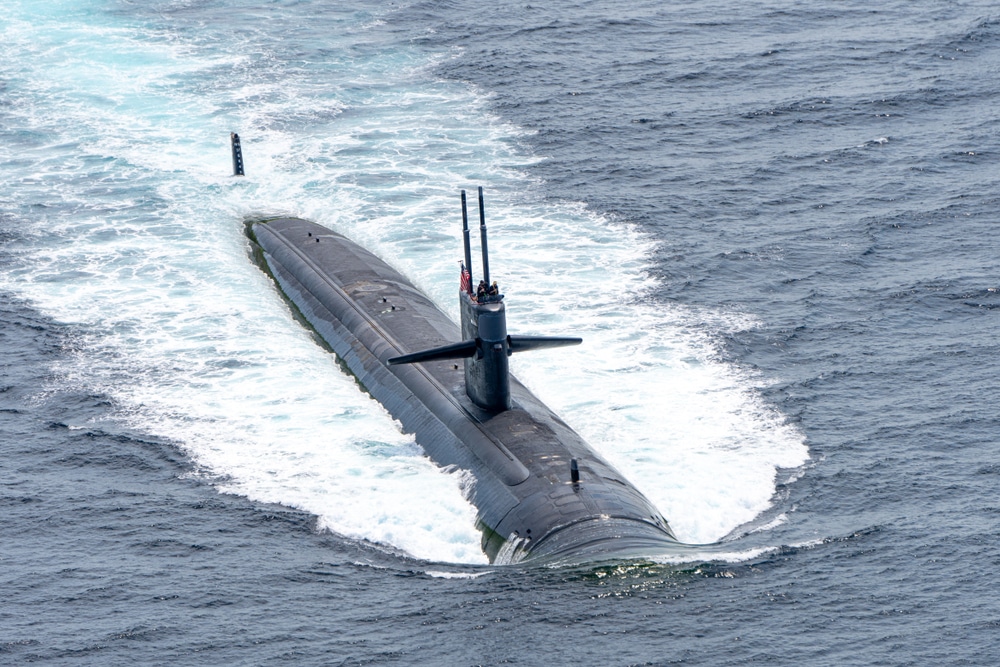 The world’s largest nuclear submarine has been spotted leaving Gibraltar under intense protection from the Royal Marines as it reportedly heads towards the Black Sea. The USS Rhode Island’s departure comes as fears grow over what Vladimir Putin will do after another humiliating retreat.

Yesterday, the Russian President called for civilians to leave Kherson in the south of Ukraine due to the advancing counter-offensive on the occupied city.

Officials and Russian commanders who had been installed by the Kremlin in the occupied region were seen fleeing as the Ukrainian counter-offensive pushed south.

Putin’s regime has repeatedly claimed Ukraine was planning to set of a dirty bomb – an explosive laced with radioactive material – which intelligence officials believe may be a precursor to a false flag operation. The US Navy Ohio-class ballistic missile submarine arrived in Gibraltar for a scheduled stop on Tuesday.

Prior to her visit to the British overseas territory, the Rhode Island visited His Majesty’s Naval Base in Clyde, Scotland in July 2022. Captain John Craddock, commander of the US Navy’s Task Force 69, commented earlier this week: “Rhode Island’s port visit to Gibraltar reinforces our ironclad commitment to our allies and partners in the region.

“The US and UK share a strong history of cooperation, through exercises, operations, and cooperation activities such as this, that enhance our combined capabilities and partnership. “The complexity, lethality, and tactical expertise of Rhode Island epitomises the effectiveness and strength of the submarine force.”

The Georgia-based submarine, which was first launched in 1993, is described by the US Navy as “flexible and survivable, with the ability to patrol continuously as a highly-effective element of the US nuclear deterrence force.”

It is equipped with 24 missile tubes and four torpedo tubes, and has been assigned to Submarine Group 10. It is capable of firing Trident II missiles. Task Force 69 is responsible for submarine warfare operations in the United States European Command and US African Command areas of responsibility.

Specifically, Task Force 69 is composed of attack submarines and guided missile submarines capable of a range of combat and intelligence collection missions. (SOURCE)