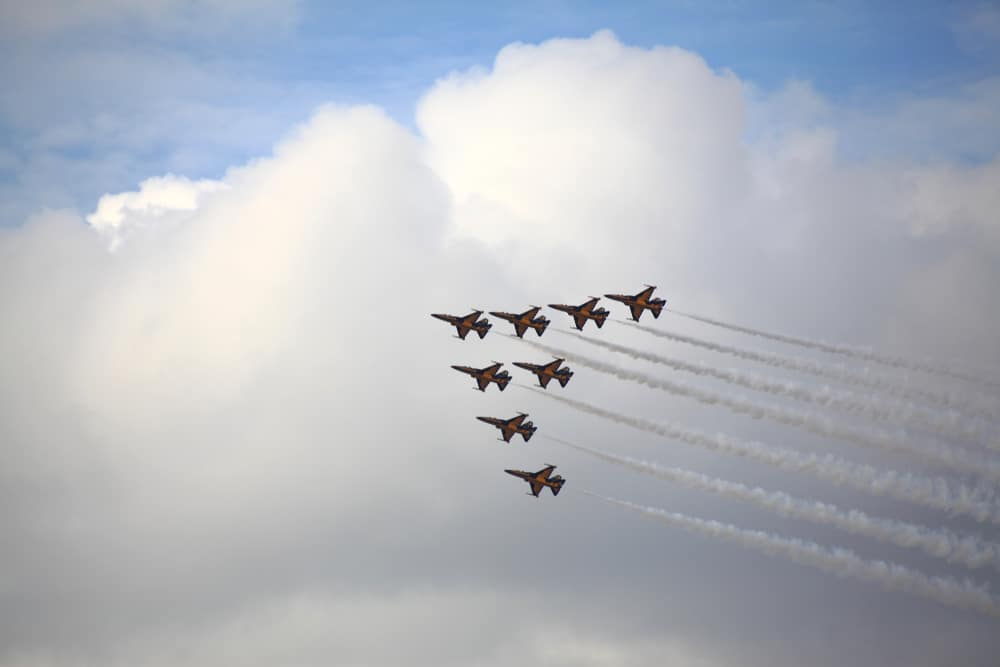 Two Chinese H-6 bombers first crossed the air defense zone shortly before 5:50 am and proceeded to repeatedly fly over the KADIZ boundaries off of South Korea’s southern and northeast coasts the Joint Chief of Staff said, according to Seoul based news outlet Yonhap.

After leaving South Korea’s KADIZ around 7 a.m., the two Chinese bombers returned some five hours later with Russian warplanes, including 4 TU-95 bombers and 2 SU-35 fighters, and flew over Seoul’s air defense identification zone through the Sea of Japan around 12:20 p.m.

The planes reportedly left the South Korean KADIZ less than 20 minutes later. South Korea responded to the aggression by deploying an indeterminate number of aircraft, including F-15K jets, in a precautionary move officials said.

“Our military dispatched air force fighter jets ahead of the Chinese and Russian aircraft’s entry of the KADIZ to implement tactical measures in preparation for a potential contingency,” the Joint Chief of Staff said in a statement according to a Reuters report. South Korea’s military said that despite crossing its defense identification zone the foreign aircraft did not violate Seoul’s territorial airspace.

An air defense identification zone is not considered to be part of a nation’s airspace – which is any airspace above its territory or its territorial waters – but instead acts as a buffer zone where countries require foreign aircraft to identify themselves to prevent accidental incidents.

There are no international rules governing air defense zones and Russia does not recognize South Korea’s KADIZ. China has yet to publicly comment on the Wednesday incident. Though according to a Reuters report, Beijing has argued the airspace is not territorial and therefore open for any nation to use – a stance that echoed comments made by U.S. Naval forces Tuesday after driving a missile cruiser near the contested Spratly Islands in the South China Sea.

The U.S. and South Korea have increased joint military drills in coordination with regional partners like Japan and the Philippines in the wake of increasingly aggressive force postures coming from North Korea, China and Russia. (SOURCE)