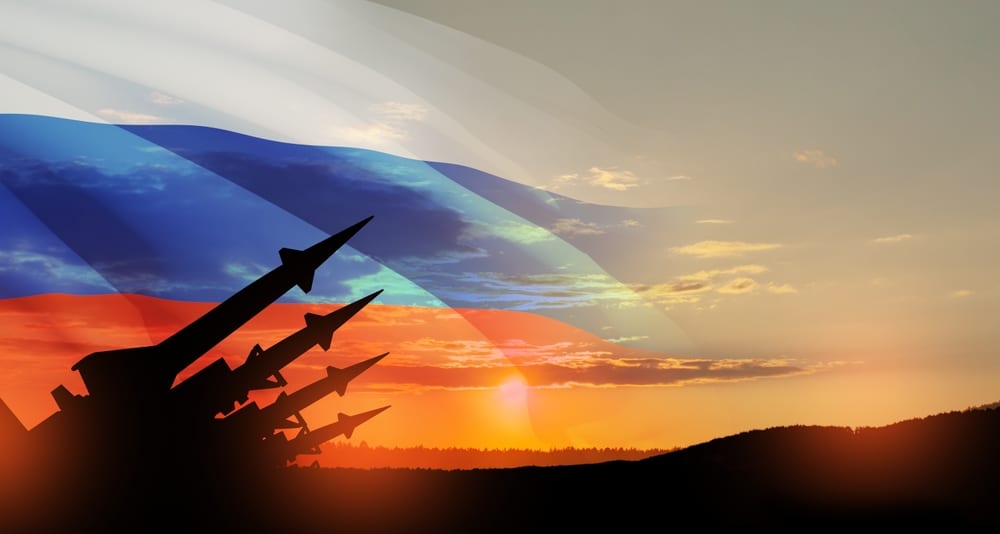 Incredible footage showed the moment the Nova Kakhovka dam on the Dnipro River was blown up by retreating Russian soldiers. Alleged war criminal President Putin has suffered ‘significant reputational damage’ because of the retreat, the UK Ministry of Defence (MoD) said.

Putin’s army was caught on CCTV blowing up the hydroelectric dam before another explosion erupted along the power lines from the dam. The video will be seen as evidence of deliberate destruction by the Russians as they withdraw from key locations in Kherson.

It is unclear whether soldiers destroyed the bridge as revenge for having to leave the city or whether it was a more tactical move since the dam also has a motorway and railway over the Dnipro River into the Kherson region.

It appears Russia has also destroyed the Antonovsky Bridge, which is the other main crossing point over the Dnipro River into the Kherson Region. Images showed a large chunk of the bridge collapsed into the water below.

Kherson was one of the first Ukrainian cities captured in the war Moscow waged on its neighbour from February 24. It was the only regional capital Moscow captured in the nine months since Russia’s invasion.

The retreat, which was ordered amid a Ukrainian counter-offensive, represents a huge blow to president Russian president Vladimir Putin — who has so far remained silent on the development.

Losing the Kherson region means Russia no longer has uninterrupted land access to Crimea, which Moscow annexed from Ukraine in 2014. As Putin’s troops retreated from the region, some have even resorted to dressing up in civilian clothing as they try to escape, the MoD said.

Ukraine liberated the city of Kherson yesterday after eight months under Russian occupation, with soldiers treated to a hero’s welcome by jubilant crowds as they arrived in city centre.

President Volodymyr Zelensky declared Kherson ‘ours’ as Ukrainians liberated it from Russian forces. An adviser to the Ukrainian defence minister has said there is ‘panic’ in Russian ranks while Defence Secretary Ben Wallace said the retreat from Kherson marked ‘another strategic failure’ for Moscow and ‘humiliation’ for Putin’s army.

He said: ‘In February, Russia failed to take any of its major objectives except Kherson. ‘Now with that also being surrendered, ordinary people of Russia must surely ask themselves: ‘What was it all for?’

‘The Russian army has suffered a huge loss of life as a result of their illegal invasion and have only achieved international isolationism and humiliation. Ukraine will press on. ‘The UK and the international community will continue to support them, and while the withdrawal is welcome, no one is going to underestimate the continuing threat posed by the Russian Federation.’

Meanwhile, Vladimir Putin has put in a new order for dozens of cutting-edge hypersonic Zircon nuclear-capable missiles, which travel at speeds of nearly 7,000mph, it was revealed today. The Mach 9 weapon – known in Russia as ‘Tsirkon’ – is due to be ‘in service’ this year.

The Russian president has poured money into developing new nuclear-capable missiles which – he claims – are ‘unstoppable’ by Western air defences.

‘The first contract for the production of a batch of Tsirkons was signed in the summer of 2021,’ a source close to the Russian defence ministry said. ‘An additional contract – [was signed] this autumn.’

The new order has not been officially announced, but reports of it were carried by state news agency TASS. The latest contract will see the delivery of ‘several dozen’ Zircon 6,670 mph missiles in 2023, the source added.

A series of tests have been conducted on the missile, which has been seen fired from the Admiral Gorshkov frigate.nOn May 28 a missile fired from the warship in the Barents Sea hit a target some 625 miles away in the White Sea.

Today’s announcement comes amid doubts over whether Putin’s new big beast Satan-2 – or Sarmat – will be deployed in the timescale the Russian government had boasted.

A second test of the 15,880mph Satan-2 hypersonic missile ‘may’ come before the end of the year, Russia announced this week. Yet, earlier, it had been the Kremlin’s intention that the huge new missile would be fully deployed with its forces before the start of 2023.