RUMORS OF WAR: The clock is ticking and China is preparing for war 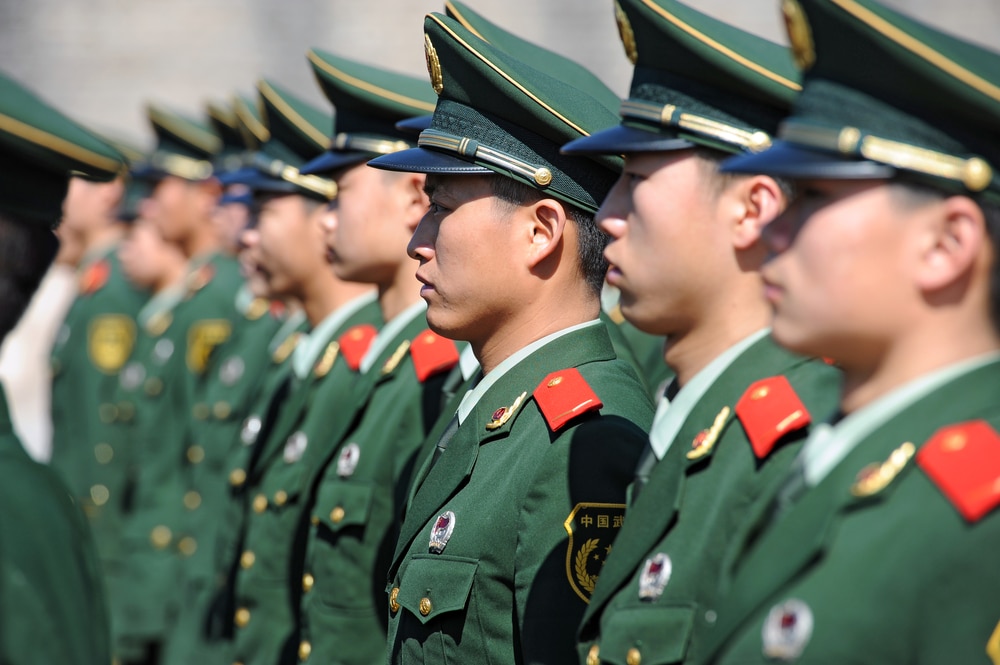 (OPINION) Chinese President Xi Jinping has just announced that China will be “preparing for war”, and that should deeply alarm all of us. Needless to say, nobody is going to be attacking China any time soon.

So why would the Chinese need to prepare for war if there is zero chance that they will be attacked? Unfortunately, the answer is obvious. The only reason China would be engaged in a military conflict any time soon is if it chooses to invade Taiwan. The moment such an invasion is launched, the United States and China will be at war. The Chinese know this, but Chinese President Xi Jinping is going ahead with preparations for war anyway…

China will focus on preparing for war with the country’s security ‘increasingly unstable and uncertain’, President Xi Jinping has declared. Beijing will now comprehensively strengthen its military training and preparation for any war, Xi said today, according to state broadcaster CCTV.

This is the very first time in decades that China has been on a war footing. Not too long ago, the Chinese were our new best friends and we were doing all that we could to deepen trading relationships with them.

Now our economy is deeply, deeply dependent on goods from China, and once a military conflict erupts that flow of goods will come to grinding halt. So let us hope that such a war does not materialize any time soon.

Sadly, it has become exceedingly clear that Chinese President Xi Jinping is strongly considering the option of “reuniting” with Taiwan by force… Xi’s announcement that China will focus on preparing for a war will raise fears that the nation may invade the self-governing island of Taiwan, which Beijing claims as its own.

China, which has the second-largest economy and military in the world, has repeatedly threatened to annex Taiwan by force if necessary. A lot of people out there seem to assume that a conflict with China is not an imminent threat.

Amid the military exercises by air and sea of Taiwan’s coast, Admiral Gilday said: ‘It’s not just what Jinping says, it’s how the Chinese behave and what they do. ‘What we’ve seen over the past 20 years is that they have delivered on every promise they’ve made earlier than they said they were going to deliver on it.’

Personally, I don’t think that we will see war between the United States and China in 2022. But 2023 is a very real possibility. And it turns out that many officials in Japan also see the need to prepare for a coming conflict with China…

If China were to attack Taiwan, it wouldn’t just have to face a hostile superpower. It would also likely have to confront its longstanding regional rival, Japan. For centuries, Japan and China have vied for hegemony in East Asia; at times, they have threatened each other’s survival. Today, as I found from three days of meetings with Japanese officials and analysts in Tokyo, the threat of Chinese aggression is producing a quiet revolution in Japanese statecraft — and pushing the nation to get ready for a fight.

Tensions just continue to intensify month after month. As I discuss in my brand new book, eventually a breaking point will be reached. Meanwhile, North Korea and South Korea are also getting closer to war. In recent days, North Korea has test-fired over 30 missiles, and that includes an ICBM which prompted “an evacuation alert in northern Japan”…

The North has test-fired more than 30 missiles this week, including an intercontinental ballistic missile Thursday which triggered an evacuation alert in northern Japan — a response to an aerial military exercise between South Korea and the US. Of course North Korea has test-fired lots of missiles before, but in this case the North Koreans are actually admitting that they just conducted “simulated strikes on South Korea”…

North Korea said on Monday that its recent missile launches were simulated strikes on South Korea and the United States as the two countries held a “dangerous war drill,” while the South said it had recovered parts of a North Korean missile near its coast. War between North Korea and South Korea is coming.

But my personal opinion is that it won’t happen until China invades Taiwan first. Speaking of missile tests, it is being reported that the Russians will soon conduct another test of the new RS-28 Sarmat… Russia is reportedly plotting to test-fire an intercontinental ballistic missile for a second time. Moscow first tested the RS-28 Sarmat in April. It is capable of carrying 10 or more warheads and decoys, striking targets at 16,000mph.

Russian politician Aleksey Zhuravlyov previously threatened to use the deadly weapon as Finland and Sweden were poised to join NATO. He said Satan-II could hit the UK in 200 seconds if fired from Russia’s European province, Kaliningrad. It has been claimed that a single RS-28 Sarmat possesses enough firepower to destroy an area the size of Texas.

The U.S. does not have anything comparable. In fact, the aging Minuteman missiles that currently form the backbone of the U.S. strategic nuclear arsenal are not scheduled to be replaced by something new until sometime around 2030. (READ MORE)