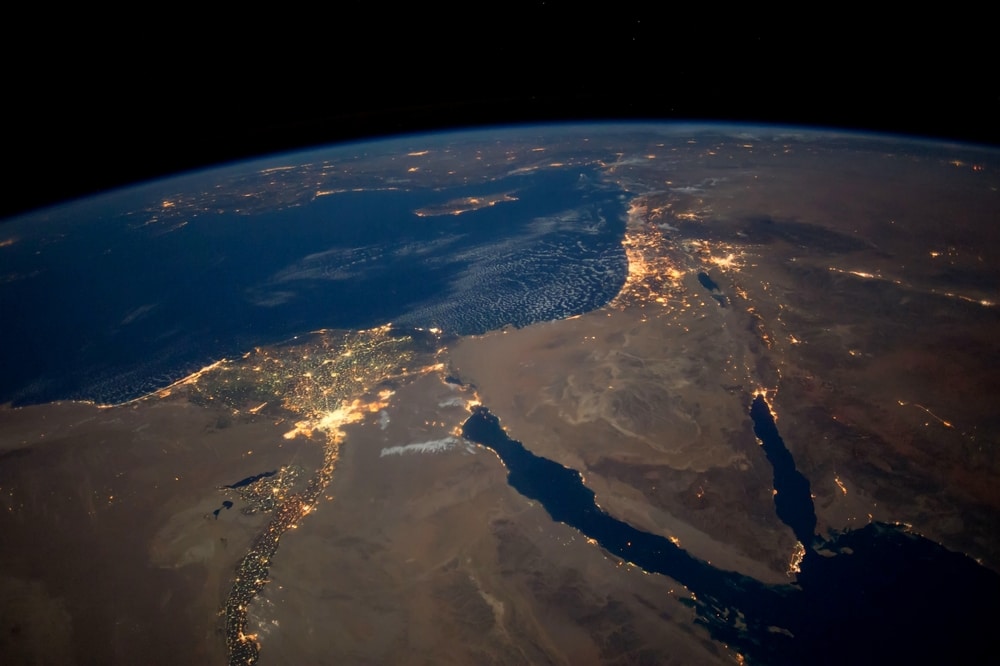 (OPINION) Religious leaders gather in Sinai to receive “Climate Justice Ten Commandments” And Hashem said, “Let us make man in our image, after our likeness. They shall rule the fish of the sea, the birds of the sky, the cattle, the whole earth, and all the creeping things that creep on earth.” Genesis 1:26

Some 40,000 attendees have flocked to the Sinai Desert including over 100 world leaders as well as leaders in business and other sectors. Christian, Muslim, Jewish, and other religious figures will participate in a UN conference on climate change that is taking place this week and next. In conjunction with the UN event, a group of faith leaders is taking an alternative approach, seeking a faith-based solution to the ecological crisis by promoting the “Ten Principles for Climate Justice” in a global initiative.

The multifaith initiative- led by the Interfaith Center for Sustainable Development (ICSD), The Elijah Interfaith Institute, andthe Peace Department – is part of the 27th Conference of the Parties to the United Nations Framework Convention on Climate Change (COP27), which is taking place in the Sinai Peninsula, in Sharm El Sheikh, Egypt from November 6-18.

According to the Interfaith Center, the location of COP27 is especially meaningful because the Sinai Desert is “a place of revelation in the collective consciousness of Christianity, Judaism, Islam, and others. It is a site for turning to God and receiving God’s message,” as they explained in a press release.

On Sunday, the organization will hold a “Climate Repentance Ceremonies” and “put forth a prophetic interreligious call to action.”

The partnering organizations initially intended to hold the Climate Repentance Ceremony and Ten Commandments events at Jebel Musa in the southern Sinai Peninsula. The area is traditionally believed to be the location of the biblical Mount Sinai, a site of great significance in the Bible and considered holy to Jews, Christians, and Muslims.

Unfortunately, the Egyptian government chose not to permit the main interfaith event to be held at Jabal Musa due to security concerns so the central venue for Sunday’s events was changed to London, a location that was readily accessible to faith leaders around the world and is a major media hub, as well as other locations. A small group of faith leaders will be allowed to ascend Jabal Mus and hold a repentance ceremony as originally planned.

The organizers have also urged houses of worship around the world to join in at the same time on Sunday with prayer and study focused on this “transformative moment to protect our environment.”

Despite the change of venue, the Biblical significance and Mt. Sinai are still central themes of the event, as Rabbi Yonatan Neril, the founder and Executive Director of The Interfaith Center, explained.

“Some people believe religion is separate and distinct from ecology or care for God’s creation,” he said. “Were it not for the receiving of the Hebrew Bible on Mt. Sinai, Jewish tradition teaches, God would have returned the world to chaos and void. Applying the teachings of the Hebrew Bible to stewardship of God’s creation is not just an idea for today, but essential for a future in which we achieve a balanced, worldwide ecosystem and thrive on a planet viable for all life.”

Among climate experts and environmental activists, there are some who claim that the destructive process of climate change is irreversible, but Rabbi Neril noted that the Bible teaches otherwise. “Many people fear that humans have irrevocably destroyed the ecology of ‘Eden’ on earth,” Rabbi Neril explained. “But God created the world out of love for life on earth.”

“We need to change the operating system that humanity generated and is degrading God’s creation,” he said. “We need to switch from greed, short-term thinking, and individualistic behavior to spiritual satisfaction, long-term thinking, and altruism. And by doing that we will address the symptoms of the problem and manifest a new earth. May God help us.” (SOURCE)