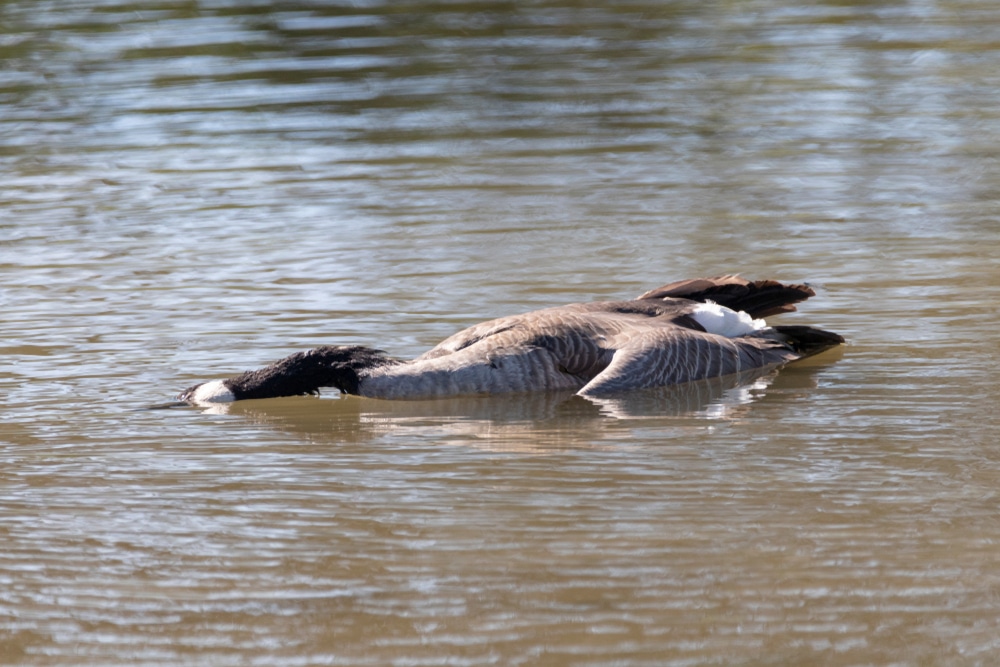 More than 100 Canada geese and 25 mallard ducks were found dead on a lake in Waseca on Sunday, the city confirmed in a Facebook post on Wednesday.

The City of Waseca said the Minnesota Department of Natural Resources responded to reports of numerous waterfowl that were found dead on Loon Lake. In addition to the more than 125 dead birds, “several hundred” geese are continuing to use the lake, the city said.

The DNR collected samples of the dead birds for diagnostic testing. The results are still pending. However, area wildlife managers suspect disease caused the birds to die, the city said. Though it’s unknown if highly pathogenic avian influenza (HPAI) or bird flu is what killed the birds.

Wildlife officials continue to monitor the situation on Loon Lake, the city said. Collection of any new carcasses will depend on what the diagnostic testing reveals, as well as wildlife health program guidance and ice conditions on the lake, which is partially frozen. (SOURCE)