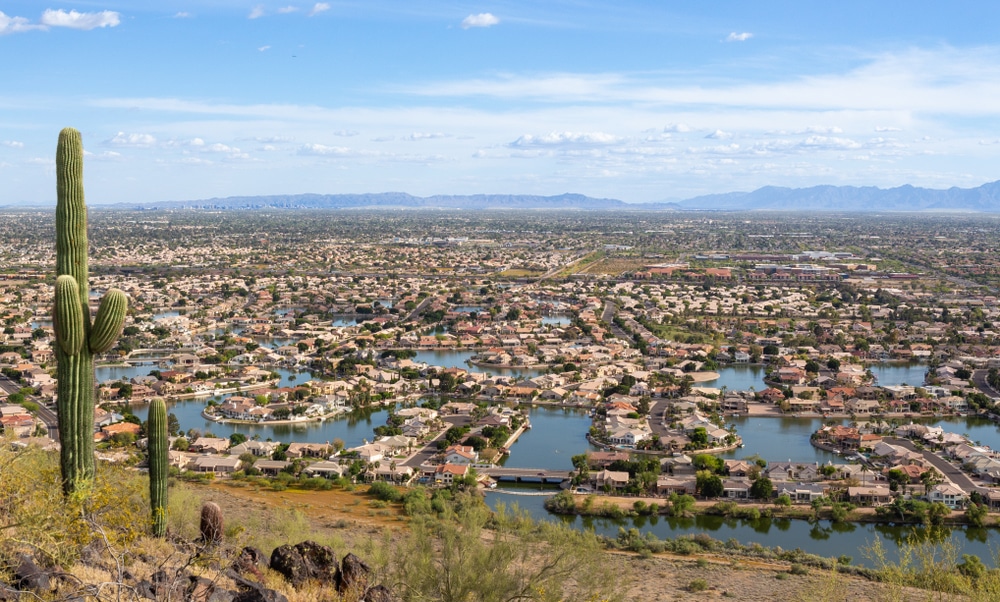 More than 500 households in the rural Arizona desert are set to be without running water starting January, 1 2023, as first reported by NBC News. The homes, located in Rio Verde Foothills—an affluent, unincorporated community in the state’s Maricopa County, were built without complying to Arizona’s usual 100-year water supply requirement.

Rio Verde Foothills doesn’t have its own water system. Instead, people living in the arid locale rely on private wells or water trucked up from the nearby city of Scottsdale. However, in response to the ongoing and worsening megadrought, Scottsdale declared late last year that it would cease hauling water to communities outside the city limits on Jan 1, 2023 and encouraged Rio Verde Foothills to find an alternative. Now, with the set deadline fast approaching, residents haven’t found a solution.

At the end of August, Maricopa County rejected a proposal from 550 Rio Verde residents hoping to form their own Domestic Water Improvement District. And though proposed deals have continued to be discussed behind closed doors, Scottsdale Progress reported, no firm decisions have been made and no community-wide fixes are underway.

Under Arizona’s Assured Water Supply Program, housing developments in the state are supposed to have a guaranteed century’s worth of water supply to be approved for construction. But via a semantic loophole, the around 2,200 houses in Rio Verde Foothills were able to skirt that law and be built without a clear long-term water source. Now, even many of the households that once had working wells are running dry.

Scottsdale has been warning for nearly a decade that its water-trucking operation was only ever meant to be a temporary remedy, not a permanent resolution, according to NBC News. And federal pressure amid the ongoing drought has forced the city to try to reduce its water usage.

Last year, when Scottsdale first said it would cease water hauling by January 2023, the U.S. Bureau of Reclamation had declared a Tier 1 water shortage on the Colorado River—reducing the amount of water Southwestern states can get from the river. In August of this year, the Reclamation Bureau upped the shortage designation to Tier 2a.

Scottsdale gets 65% of its water from the Colorado River, and ending its practice of exporting water beyond the city was intended to help Scottsdale lower its total consumption. In addition to cracking down on Rio Verde Foothills, the city has been encouraging its residents to voluntarily lower their usage. And though residents have made some progress and Scottsdale met its initial water reduction goals, the drought persists. (SOURCE)