Huge earthquakes are suddenly striking the West Coast of the U.S. and other high risk areas 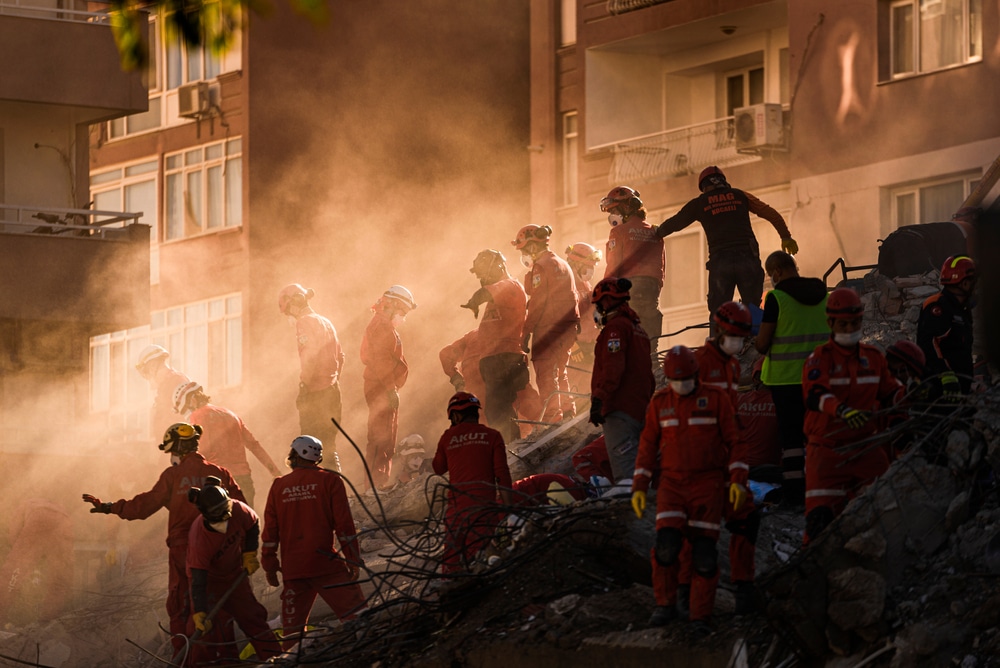 (OPINION) Have you noticed that there have been a lot of very unusual earthquakes around the globe this week? Suddenly, large earthquakes have started to erupt in some of the most high risk areas of the planet. Unfortunately, that includes the west coast of the United States.

For years, I have been warning my readers about what will happen when “the Big One” finally hits the west coast. Could it be possible that the quakes that we are witnessing right now indicate that the fault zones along the west coast are starting to wake up again? Let us hope not, because this would be a really, really bad time for a historic seismic event.

At the beginning of this month, a magnitude 6.0 earthquake shook a large area near the California coastline, and that quake took a lot of the experts by surprise. Many of them assured us that things would settle back down, but now an even larger quake has struck.

The United States Geological Survey says the quake occurred in the Pacific Ocean, about 125 miles south of the U.S. border. So should we be concerned? I don’t know, but this week there have been a couple of other large quakes that have gotten a lot of people talking.

Hopefully, all of this activity is not building up to something larger. Interestingly, we also just witnessed the biggest earthquake that we have seen in Texas in decades, but many are blaming that particular quake on fracking…

According to the U.S. Geological Survey, the earthquake occurred on November 16, just west of Pecos, Texas. This was the state’s largest earthquake since 1995 and was felt as far as El Paso. The oil and gas regulatory agency is trying to understand if this was a naturally occurring earthquake or if it was caused by wastewater from fracking.

Wastewater disposal from fracking has dramatically increased the number of earthquakes in Texas. The seismic activity has especially become more common around the Permian Basin in West Texas, where oil and gas production is concentrated, according to the Texas Tribune.

It is not every day that a magnitude 5.4 earthquake happens in Texas, but it is probably not anything to be alarmed about. I wish the same could be said for the quakes along the west coast. Scientists assure us that “the Big One” is way overdue, and when it finally arrives it will cause a tremendous amount of devastation.

Elsewhere, other high-risk areas around the globe are being greatly shaken as well. For example, a magnitude 5.6 earthquake killed scores of people on Indonesia’s main island on Monday… Hundreds of people have been killed and injured, and scores more displaced, after a magnitude 5.6 earthquake hit Indonesia’s main island on Monday.

At least 162 were killed and 700 hurt after a shallow tremor hit West Java near the town of Cianjur, around 45 miles south of the capital Jakarta, at 1.21pm local time.

The quake triggered a landslide and collapsed buildings in hard-hit Cianjur – where most of the deaths were reported – but also shook tower blocks in Jakarta for three terrifying minutes as people rushed on to the streets. CNN is reporting that the death toll is now up to 268, but that number will inevitably go higher as rescuers pull even more bodies out of the rubble…

Rescuers were digging through debris on Tuesday to find survivors of a powerful earthquake that toppled homes and buildings in a highly populated area of Indonesia’s West Java province, killing at least 268 people. A further 151 people remain missing and more than 1,000 were injured, the country’s National Agency for Disaster Management (BNPB) said.

The 5.6-magnitude quake hit the Cianjur region in West Java about 1:21 p.m. local time on Monday at a depth of 10 kilometers (6.2 miles), according to the United States Geological Survey (USGS), causing buildings to collapse while school classes were underway.

On Tuesday, the Solomon Islands were hit by a magnitude 7.0 earthquake, and that was quickly followed by a magnitude 6.0 earthquake… The first quake hit offshore at a depth of 15 km (9 miles), about 16 km southwest of the area of Malango, said the United States Geological Survey which initially put its magnitude at 7.3 before revising it down to magnitude 7.0.

A second quake, with a magnitude of 6.0, struck nearby 30 minutes later. The big quakes are happening so rapidly now that it really is difficult to keep up with them all.

Just a little while ago, there was a magnitude 6.1 earthquake in Turkey. And by the time that you read this article, more unusual quakes may have happened. Our planet has become an extremely unstable place, and many are concerned that much more instability is in our future.

Meanwhile, large herds of animals are suddenly endlessly walking in circles all over the globe. Why would so many herds of animals exhibit such unusual behavior all at the same time? Can they sense that something big is coming? (READ MORE)