5.4 magnitude earthquake rocks Texas, Third strongest quake ever for the state, Strongest since 1995 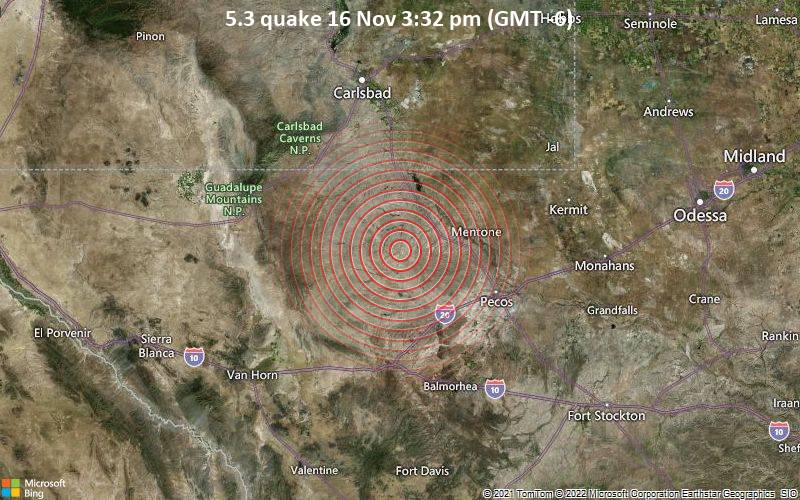 The United States Geological Survey is reporting that a magnitude 5.4 earthquake shook much of west Texas around 3:30 p.m. Wednesday. The quake struck west-southwest of Mentone, about 35 miles northwest of Pecos, at a depth of about 5.5 miles.

Some residents even reported feeling motion sickness from the quake, measured at a depth of 9.8km. Nearly an hour after the initial quake, USGS reported an aftershock of 2.6 at the same location, however a bit shallower at a depth of 5.9km. According to the USGS, a total of four aftershocks hit the region, the largest measuring 3.8.