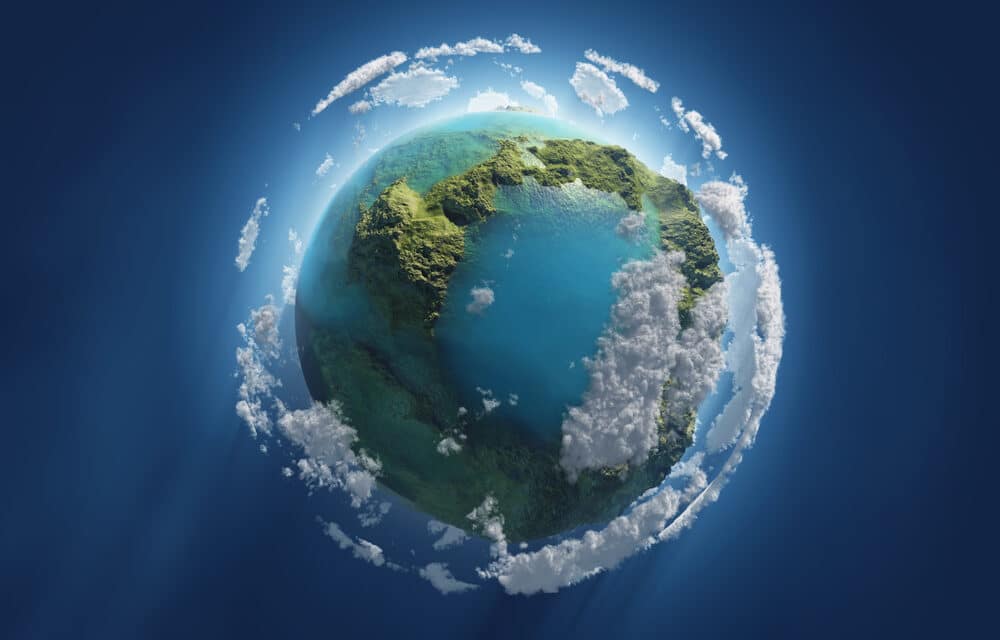 “In the six hundredth year of Noah’s life, in the second month, the seventeenth day of the month, on that day all the fountains of the great deep were broken up, and the windows of heaven were opened.” ‭‭Genesis‬ ‭7:11‬ ‭

Scientists have discovered a reservoir of water three times the volume of all the oceans beneath the Earth’s surface, according to an international study.

The water has been found between the transition zone of the Earth’s upper and lower mantle. The research team analyzed a rate diamond formed 660 meters below the Earth’s surface using techniques including Raman spectroscopy and FTIR spectrometry, ANI reported.

The study confirmed something that for a long time it was just a theory, namely that ocean water accompanies subducting slabs and thus enters the transition zone. This means that our planet’s water cycle includes the Earth’s interior.

“These mineral transformations greatly hinder the movements of rock in the mantle,” explains Prof. Frank Brenker from the Institute for Geosciences at Goethe University in Frankfurt.

For example, mantle plumes — rising columns of hot rock from the deep mantle — sometimes stop directly below the transition zone. The movement of mass in the opposite direction also comes to standstill.

Brenker says, “Subducting plates often have difficulty in breaking through the entire transition zone. So there is a whole graveyard of such plates in this zone underneath Europe.”

However, until now it was not known what the long-term effects of “sucking” material into the transition zone were on its geochemical composition and whether larger quantities of water existed there. Brenker explains: “The subducting slabs also carry deep-sea sediments piggyback into the Earth’s interior.

The prevailing conditions would certainly be conducive to that. The dense minerals wadsleyite and ringwoodite can (unlike the olivine at lesser depths) store large quantities of water- in fact so large that the transition zone would theoretically be able to absorb six times the amount of water in our oceans.

“So we knew that the boundary layer has an enormous capacity for storing water,” Brenker says. “However, we didn’t know whether it actually did so.” (Read More)