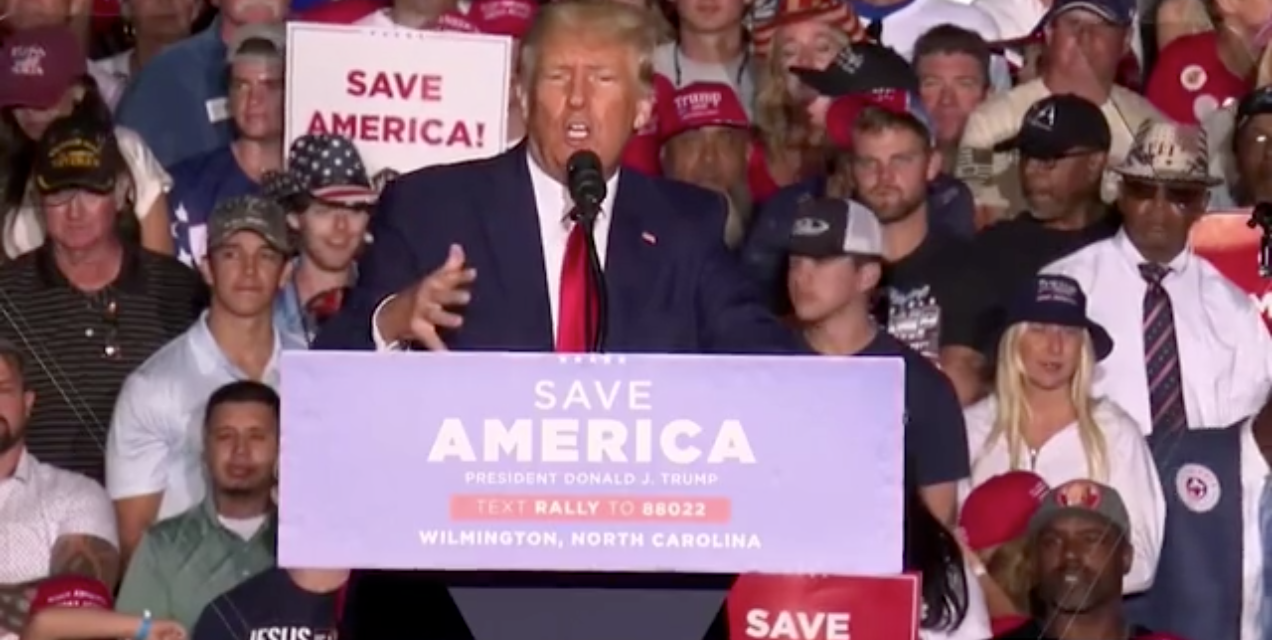 (OPINION) Former President Trump said he hopes he is ‘wrong’ about the possibility of World War III because the U.S. is being run by ‘stupid people’ at a rally in Wilmington, N.C. on Friday. ‘I was right about Ukraine.

I was right about what, Taiwan and I’m hoping I’m not going to be right about World War Three, because we have stupid people dealing,’ the former president said, as he predicted the U.S. would lose a conflict to Russia. ‘You could end up in World War III and this will be a war like we’ve never had before – won’t even be close, because we’re being run by stupid people.’

‘Putin mentioned the N word,’ Trump told the crowd. ‘You know what the N word is? It’s– no, no, no, it’s the nuclear word. You mentioned the N word yesterday. The nuclear were not supposed to be mentioned,’ Trump continued, as he claimed the Russian invasion ‘never would’ve happened’ under his presidency. In a rare speech to the Russian nation on Wednesday morning, Putin insisted he would use ‘all means’ necessary to defend swathes of territory seized or set to be annexed by Kremlin forces in the Ukraine.

‘If there is a threat to the territorial integrity of our country, and in protecting our people we will certainly use all means to us – and I’m not bluffing,’ he said during his televised address.

Earlier in his address Trump told the crowd that President Biden’s Justice Department should investigate Letitia James for ‘appalling and malicious abuse of power’ after the New York attorney general launched a civil lawsuit against him this week.

At the Save America rally in Wilmington, Trump said: ‘The Biden Justice Department be investigating the Letitia James for her appalling and malicious abuse of power – We won’t even mention Hunter. We’re not going to mention that because that would be disrespectful.’

‘Thankfully the latest polls show that ‘Peekaboo’ James is losing to her Republican challenger this fall,’ Trump told a raucous crowd of supporters. James is running against Republican Michael Henry for reelection in November. This week she launched a lawsuit against Trump and his three adult children, who she claimed as senior executives at the Trump Organization overvalued the company’s assets to obtain favorable loans and undervalued them for tax purposes.

‘Letitia “Peekaboo” James – this raging maniac – campaigned off ranting and raving about her goal, her only goal, is “We gotta get Donald Trump. We gotta get him.” They know nothing about me! I never heard of her,’ Trump said. (Daily Mail)