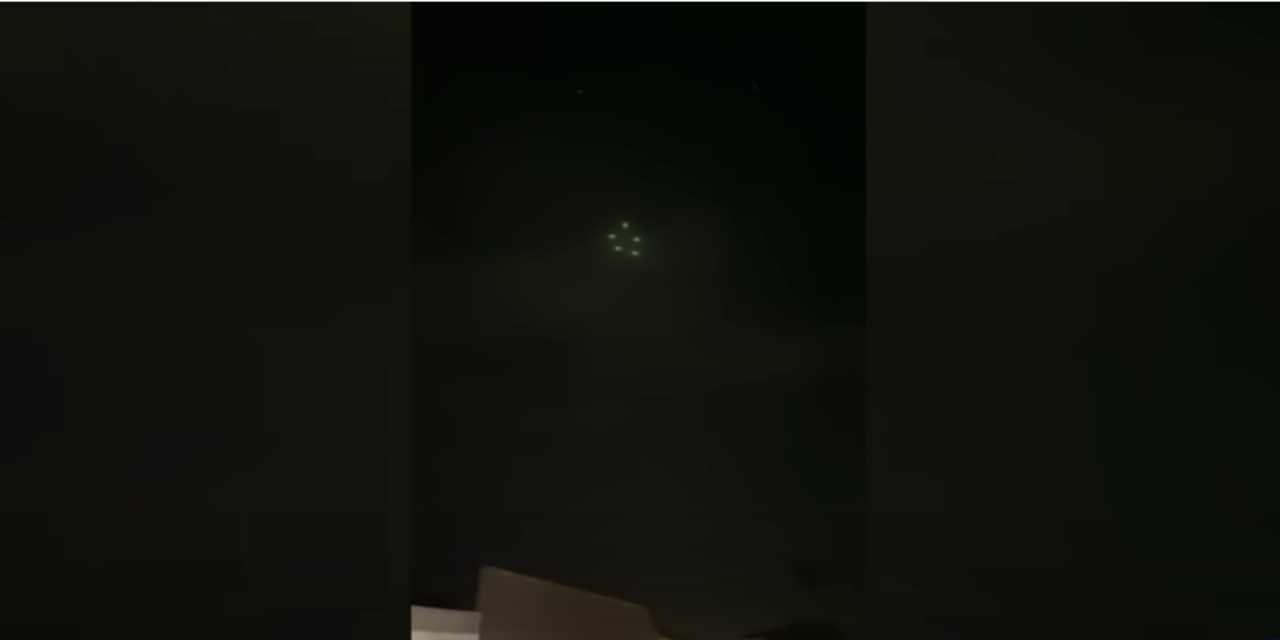 Multiple people in Texas were left mystified after spotting a puzzling cluster of lights hovering in the night sky last week. According to a local media report, the curious case occurred on Thursday evening in the city of Round Rock when several residents noticed the eerie formation overhead.

“It was mesmerizing, honestly,” said witness Emily White, who indicated that what particularly piqued her curiosity was the sheer number of orbs, which seemed to preclude the possibility that she was looking at a plane or helicopter. “There was so many of them together,” she marveled. Gus McGiven, who also observed the anomalies, mused that “I’ve never believed in UFO’s or anything like that, but I mean, I might, I might now.”

Fortunately, both witnesses were able to film the strange scene from their respective vantage points and they each captured footage of what appears to have been a set of five lights hovering silently in the sky. “It didn’t make any noise at all, which I just thought was really odd,” White said, conceding that she did briefly consider the possibility that “it was like the alien invasion or something on the way.”

As for what the lights could have, an area drone expert enlisted by a local TV station argued that UAVs were likely responsible for the curious cluster. “This may be someone testing their do-it-yourself drone swarm,” Gene Robinson theorized. With that in mind, what do you think the witnesses saw over Round Rock? Share your best guess with us at the C2C Facebook page. (Coast to Coast)