‘Virtual Teslasuit” makes debut and hailed as the “Future of Sex” 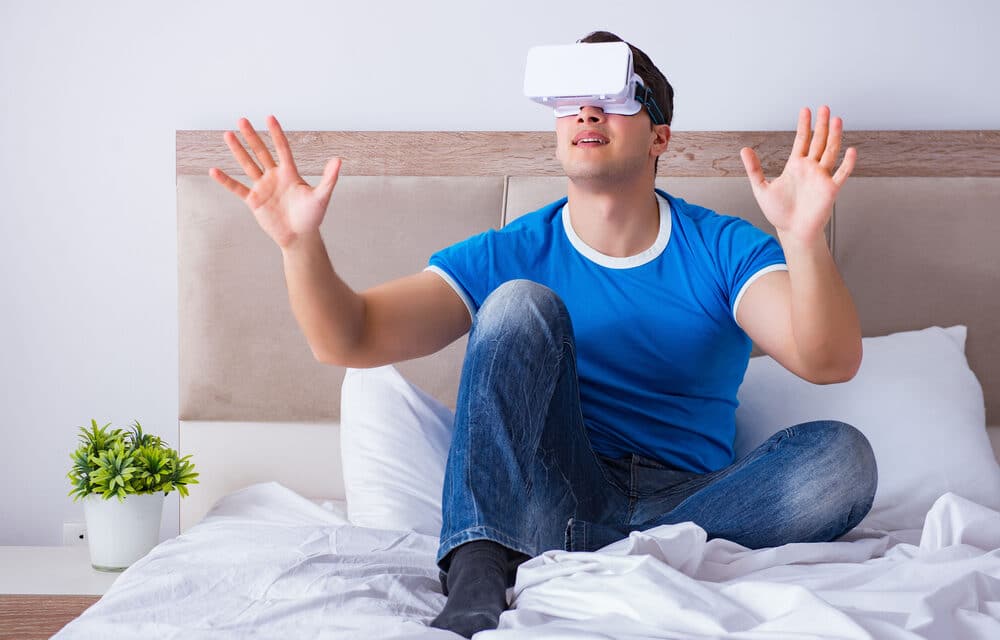 The Star Trek world of fully-immersive visual reality isn’t quite as far away as you might think. The Teslasuit, with its “full-body haptic feedback system”, offers two-way interaction with virtual environments.

Not only can the suit project the wearer’s presence into a virtual world, but by directly stimulating nerves and muscles with tiny electric currents, it brings the sensations of the computer world into the real one. As well as the electrical stimulation, the suit can also be equipped with temperature controls that allows it to simulate temperature changes – creating even deeper and more convincing immersion in the virtual reality environment.

The BBC’s Sarah Cox experienced the world’s first “digital hug” while wearing a Teslasuit. Although the man hugging her was a few yards away, she felt the intimate embrace through the suit. “I could feel it all down my back, and on my shoulders, and on my stomach,” she said “And it’s just really exciting.” It’s no surprise that a lot of people have already hailed it as the future of sex.

Ben Barnes, writing in The Future of Sex, says: “Users might go online, chat with a sex worker via webcam, agree on terms, and then synchronize their Teslasuits for a completely tactile sexual experience – all the while being thousands of miles away.”

Teslasuit’s Paul Nickeas sees far wider uses for his company’s product. He told the Daily Star: “The Teslasuit works via biometry, haptics and motion capture, with the wearer being calibrated via a gaming PC, so can be propelled into extended or virtual reality.

“Obviously the use cases are truly far-reaching – from medical rehabilitation to training for dangerous work scenarios in a safe-to-fail environment. “We are extremely excited about how our technology can be utilized for all aspects of the metaverse from gaming, and training to now fashion.”

Metaverse platform Somnium Space is organizing the first virtual reality avatar fashion week in history – which will be held in Prague and across cyberspace over the coming week. Somnium Space Fashion Week runs from September 7 to 11. For Wednesday’s opening event models will be wearing full-body haptic Teslasuits, VR headsets, and gloves. (Daily Star)