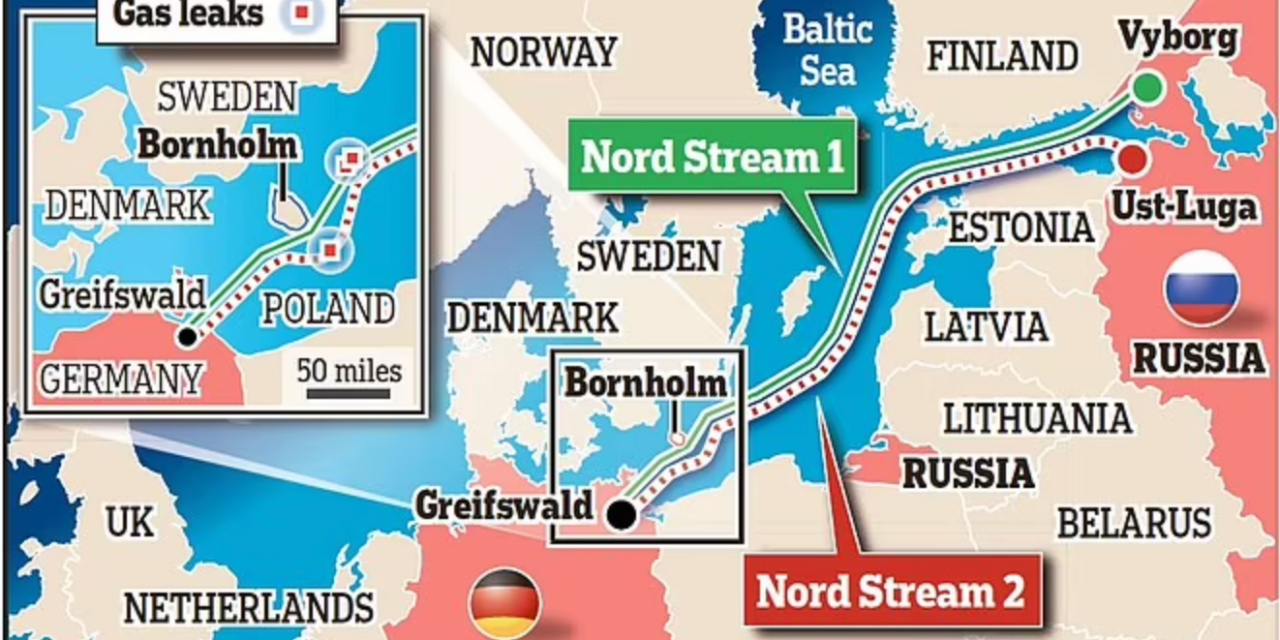 Russian Navy ships and submarines were spotted not far from the Nord Stream pipelines before they were blown up in an act of suspected sabotage by Moscow. European security officials saw the Russian Navy support ships on Monday and Tuesday in the vicinity of where four leaks in the Nord Stream gas pipes have since emerged.

Russian submarines were also seen not far from the area in the Baltic Sea last week, CNN reports. European security officials said it is as-yet unclear whether any of those craft were involved, but say the possibility is being investigated as the sightings cast further suspicion on Russia being behind the attacks.

A second hole has been found in the Nord Stream pipe today, close to a larger hole discovered in Nord Stream 1 a few days ago. It means there are now two holes in each pipe, two of which are located in Swedish waters and two in Danish waters, Sweden’s coastguard said today.

Emergency crews are continuing to inspect the gas lines ahead of a mission below the waves to try and stop them leaking thousands of tons of gas into the Baltic Sea and work out what exactly happened – though that is unlikely to happen before next week. Finding answers will take longer still.

There is little doubt among European diplomats or NATO allies that Russia is responsible, according to reports, but without hard evidence none except Ukraine has ventured to say so out loud. In the absence of facts, conspiracy theories have proliferated.

NATO said the explosions looked like a reckless and irresponsible act of sabotage, and that any deliberate attack against infrastructure of countries in the Western alliance would be met by a ‘united and determined response’.

Taken at face value, it seems unlikely that Russia would attack its own multi-billion dollar pipes – but those familiar with Moscow’s ‘hybrid’ style of warfare say it is likely Kremlin mind game to sow uncertainty and a warning to back off Ukraine.

European leaders are now rushing to shore up defences around their own undersea pipes and data cables, amid fears they are also vulnerable to attack. A renewed energy crisis, recession, or financial crash could all result if those crucial networks were disrupted, experts and analysts warned.

Professor Damien Ernst, an energy systems researcher at the University of Liège in Belgium, told The Times: ‘Our infrastructure is not very well protected and it is extremely difficult to secure them over thousands of kilometers.

‘If gas supplies from Norway to Europe were cut off, we would see a terrible recession. We would not even be able to heat ourselves and produce electricity.

‘The fears are very serious and well-founded. Europe has no more room for maneuver and we cannot exclude that things will deteriorate very significantly in the coming months.’

An IT security source who spoke to MailOnline added that ‘pretty much all forms of communication’ would be at risk if data cables were attacked, including those that allow business and banking to run smoothly. (Daily Mail)