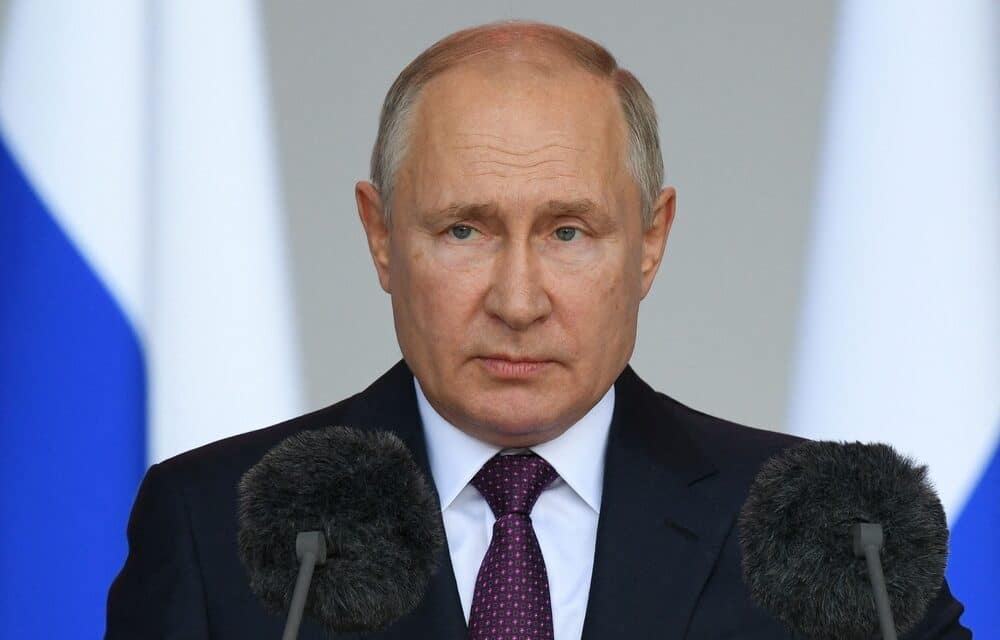 Vladimir Putin has vowed to use “any means” to defend the four Ukrainian regions annexed to Russia after the biggest land grab since World War Two. The tyrant hosted a grand signing ceremony at the Kremlin today to welcome the stolen regions of Ukraine to Russia as his seven-month war enters a terrifying new phase.

Putin formally inked decrees declaring Luhansk, Donetsk, Kherson, and Zaporizhzhia to be Russian territory following a series of sham referendums. The ruthless land grab was made official at the Georgievsky Hall of the Great Kremlin Palace in a signing ceremony. Putin was late showing up to the huge gathering of his cronies and then issued a long, rambling, nonsensical diatribe. In his speech, he said: “People have made their choice – and that choice is beyond any doubt… this is the will of millions of people.”

The Russian leader vowed to “defend our land with all means” – and said the people living in the stolen Ukrainian regions are “our citizens forever”. “People living in Luhansk, Donetsk, Kherson region, and Zaporizhzhia region are becoming our citizens forever,” he said. “We will defend our land with all our strength and all our means.” The crowds looked glum and appeared to clap on cue as the tyrant rambled on for nearly an hour.

In one bizarre remark, he claimed the “collective West is afraid of our philosophy and that’s why they try to assassinate our philosophers”. He also held a minute silence for the “heroes of Russia” who have died in his disastrous invasion and stood up against what he called a “Neo-Nazi coup” in Ukraine in 2014.

In his delusional rant, Putin lashed out at the West and accused the US and its allies of waging a “hybrid war” against Russia. Putin urged Kyiv to sit down for talks – but he warned he would not give up the regions. He said the West had broken its promises to his country and had “no moral right” to talk about democracy.

A stage with giant video screens has been put up on Moscow’s Red Square for the farcical annexation celebrations, with a pop concert set to take place. Russians were seen waving flags as they gathered ahead of the rally in the Russian capital. The four regions annexed cover some 90,000sq km, or about 15 percent of Ukraine – roughly the size of Hungary or Portugal. (TheSun)