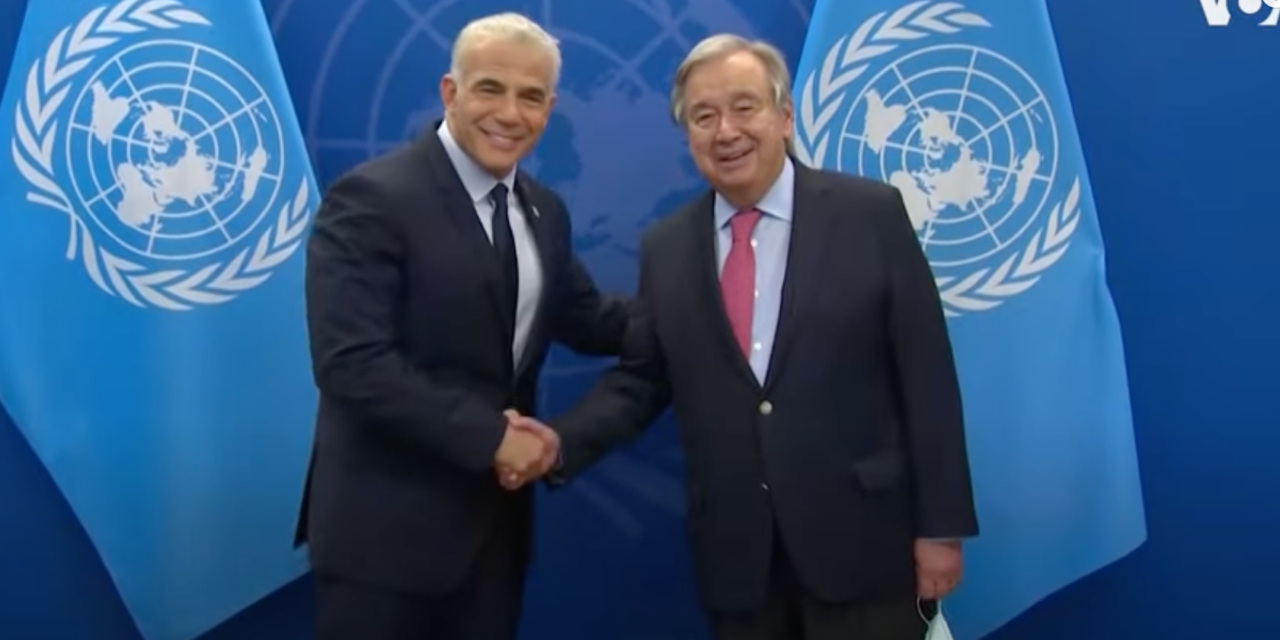 Israel remains committed to a two-state resolution to the Israeli-Palestinian conflict, Prime Minister Yair Lapid is expected to tell the General Assembly when he delivers his first ever address here on Thursday morning.

It’s been many years since an Israeli prime minister spoke of two-states when addressing the UN, according to a source close to Lapid. In his address, Lapid will explain that “separating from the Palestinians has to be part of the nation’s vision.”

Lapid believes in the importance of dialogue, but despite the words he plans to deliver at the UN, he does not intend to meet with Palestinian Authority President Mahmoud Abbas.

The two men spoke briefly in August, when Lapid called with good wishes for the Eid al-Adha holiday. Comments such as the one Abbas made in Germany, in which he said that Israel had committed “50 Holocausts” against the Palestinians, make such conversations more difficult, the source said.

His speech comes at a time when there is increasing opposition in Israel to a two-state resolution. Lapid has said that his father did not survive the Holocaust to come to Israel just so there could be a binational state, said the source.

“If it is necessary,” and “this is agreed upon with the Americans, we will act on our own,” the source said. “We do not have to update anyone, and we do not need to ask permission from anyone.” Lapid will also put forward an alternative path to reviving the 2015 Joint Comprehensive Plan of Action (JCPOA), otherwise known as the Iran deal.

Israel had opposed the deal, and warned that an emboldened Iran would not halt its nuclear program. It supported former US president Donald Trump’s decision to exit the deal in 2018, and has opposed US President Joe Biden’s push to revive it. The European Union brokered indirect talks to revive the agreement, signed between Tehran and the six world powers, but they have hit a standstill. (Jerusalem Post)