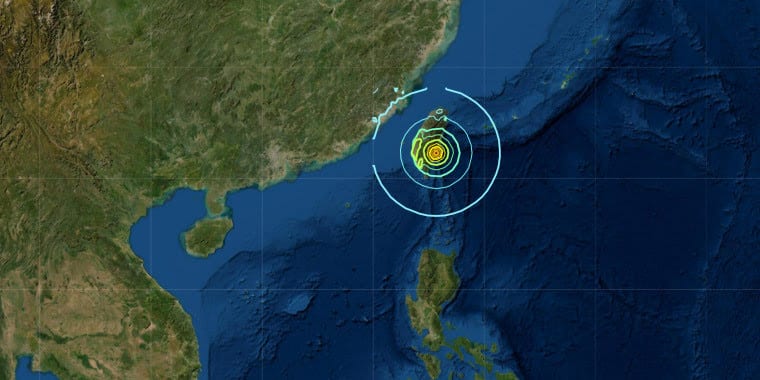 The U.S. Geological Survey measured the quake at 7.2-magnitude before downgrading it to 6.9 and said the tsunami threat had passed.

Taiwan’s Central Weather Bureau said the quake, which struck near Taitung city on its southeastern coast, registered 6.8 magnitude and was a relatively shallow depth of 4 miles.

A series of after-shocks were felt across the island, including in Taipei, which is more than 200 miles away. Over 100 tremors were recorded in the past 24 hours, according to Taiwan’s Central Weather Bureau.

Near the epicenter, Taiwanese media showed a low-rise building housing a convenience store had collapsed, according to photographs from the scene. Rescue operations were underway, according to media outlets in Taiwan.

In the neighboring county of Hualien, three carriages were derailed after a platform canopy collapsed, Taiwanese Railway authorities said. Twenty people onboard were evacuated, it said.

Tremors were also felt in the surrounding region, with Japan initially issuing a tsunami warning near the Okinawa prefecture. Japan’s Meteorological Agency had lifted all tsunami warnings for the country as of Sunday evening local time. (NBC)