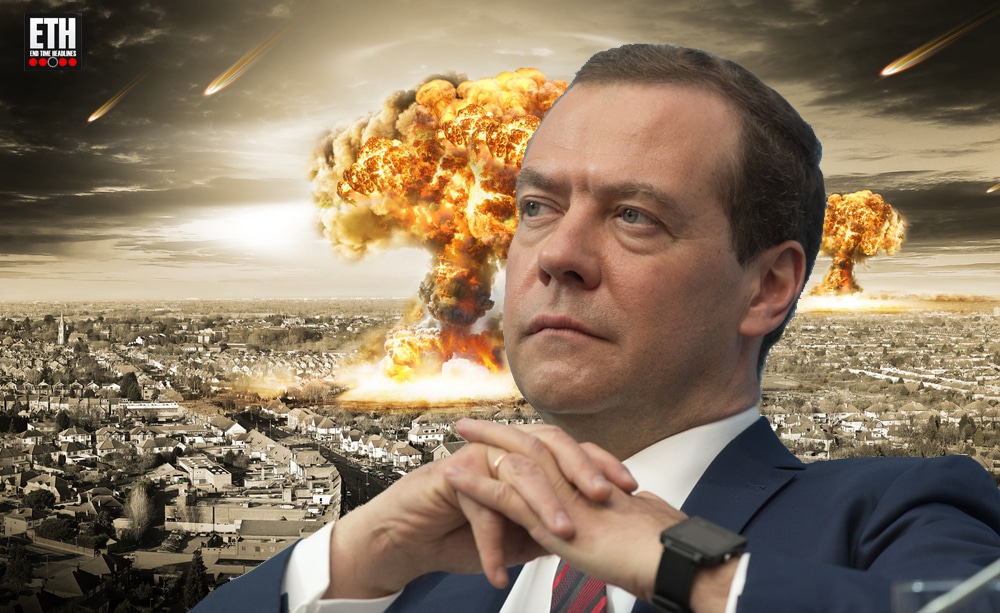 Former Russian President Dmitry Medvedev said on Thursday that any weapons in Moscow’s arsenal, including strategic nuclear weapons, could be used to defend territories annexed to Russia from Ukraine.

Medvedev, who also serves as deputy chairman of Russia’s Security Council, said that referendums planned by Russian-installed and separatist authorities in large swathes of Ukrainian territory will take place, and “there is no going back”.

“Therefore, various retired idiots with generals’ stripes do not need to scare us with talk about a NATO strike on Crimea,” Medvedev wrote on Telegram. “Hypersonic [missiles] are guaranteed to be able to reach targets in Europe and the United States much faster.”

“The Western establishment and all citizens of NATO countries in general need to understand that Russia has chosen its own path,” he added. During his Wednesday speech mobilizing Russian reservists, Russian President Vladimir Putin made veiled nuclear threats against Ukraine’s western allies.

“We are talking not only about the shelling of the Zaporizhzhya nuclear power plant, which is encouraged by the West, which threatens a nuclear catastrophe, but also about the statements of some high-ranking representatives of the leading NATO states about the possibility and admissibility of using weapons of mass destruction against Russia – nuclear weapons,” said Putin.

“To those who allow themselves to make such statements about Russia, I would like to remind you that our country also has various means of destruction, and for some components more modern than those of the NATO countries. And if the territorial integrity of our country is threatened, we will certainly use all the means at our disposal to protect Russia and our people. It’s not a bluff.”

“Those who are trying to blackmail us with nuclear weapons should know that the wind can turn in their direction,” warned the Russian president, adding that Russia will use “all available means.”

Putin claimed that the West is trying to “weaken and destroy Russia,” adding that “When the territorial integrity of our country is threatened, we will certainly use all the means at our disposal to protect Russia and our people. This is not a bluff.” (Jerusalem Post)