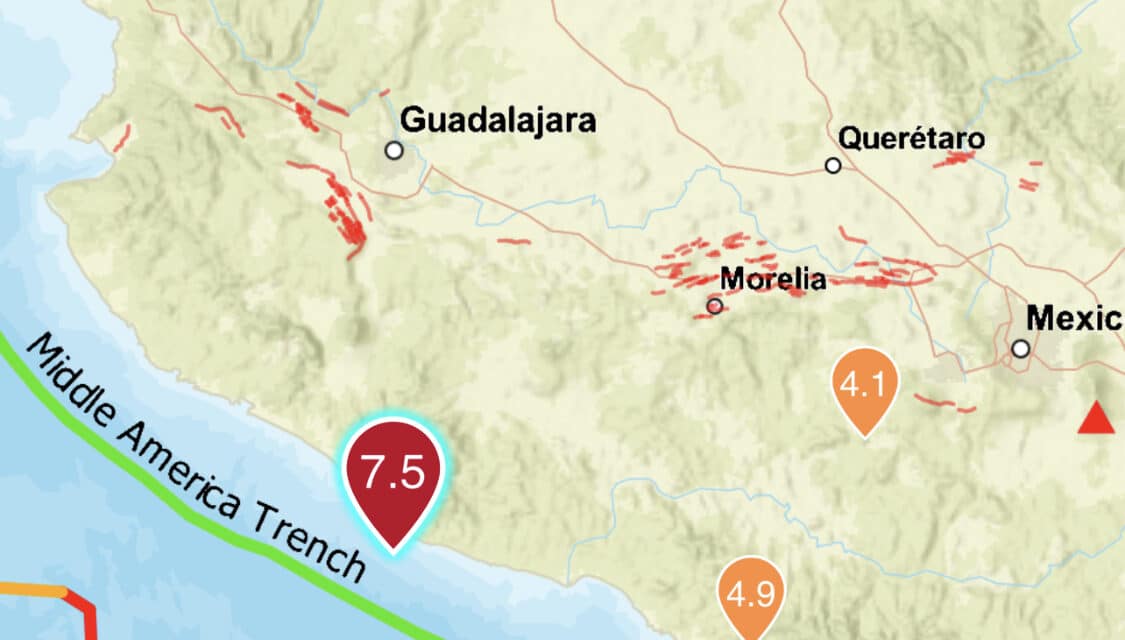 (DEVELOPING) A magnitude 7.5 earthquake struck off the coast of La Placita de Morelos in western Mexico, the U.S. Geological Survey said on Monday.

The quake struck 46 km (29 miles) south-southeast of La Placita de Morelos in the state of Michoacan and was at a depth of 10 km (6.2 miles), USGS said. The U.S. Tsunami Warning System said there was risk of a tsunami Near the coast Of Michoacan. (Reuters)

Alarms for the new quake came less than an hour after a quake alarm sounded in a nationwide earthquake simulation marking major quakes that struck on the same date in 1985 and 2017.