FedEx CEO warns the economy is entering a ‘worldwide recession’ 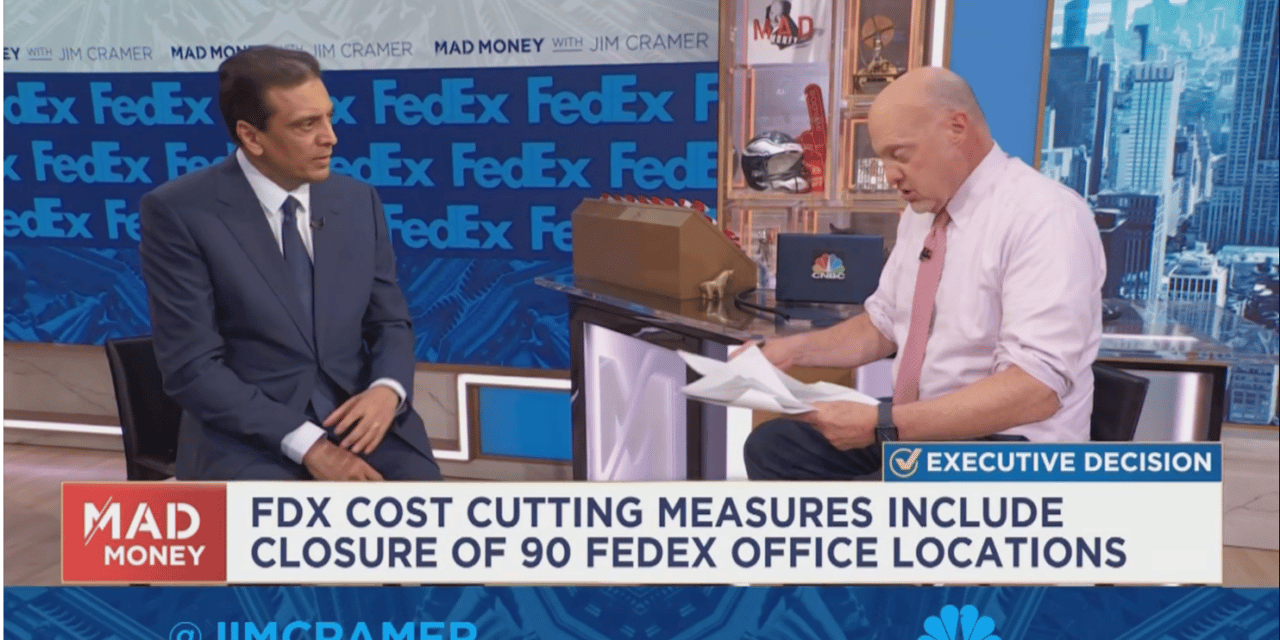 FedEx CEO Raj Subramaniam told CNBC’s Jim Cramer on Thursday that he believes a recession is impending for the global economy. “I think so. But you know, these numbers, they don’t portend very well,” Subramaniam said in response to Cramer’s question of whether the economy is “going into a worldwide recession.”

The CEO’s pessimism came after FedEx missed estimates on revenue and earnings in its first quarter. The company also withdrew its full-year guidance. Shares of FedEx fell 15% in extended trading on Thursday.

“I’m very disappointed in the results that we just announced here, and you know, the headline really is the macro situation that we’re facing,” Subramaniam said in an interview on “Mad Money.”

The chief executive, who assumed the position earlier this year, said that weakening global shipment volumes drove FedEx’s disappointing results. While the company anticipated demand to increase after factories shuttered in China due to Covid opened back up, it actually fell, he said.

“Week over week over week, that came down,” Subramaniam said. The chief executive also said that the loss in volume is wide-reaching and that the company has seen weekly declines since around its investor day in June.

“We’re seeing that volume decline in every segment around the world, and so you know, we’ve just started our second quarter,” he said. “The weekly numbers are not looking so good, so we just assume at this point that the economic conditions are not really good.” (CNBC)