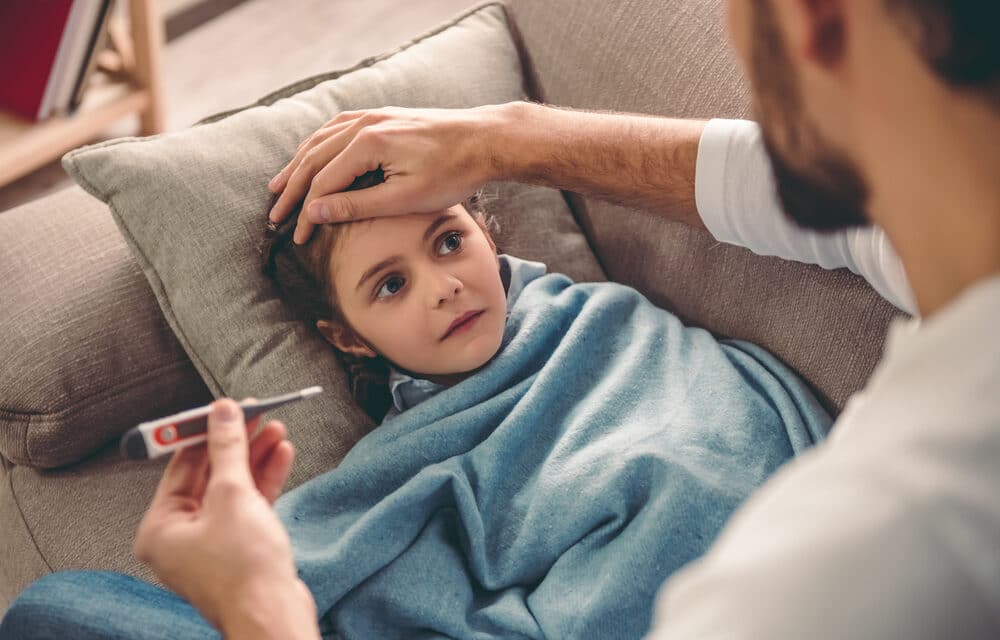 The Centers for Disease Control and Prevention is warning about the spread of a common childhood virus that can cause muscle weakness or paralysis in rare cases.

The CDC issued an alert Friday about enterovirus D68, which most commonly leads to respiratory illness among kids, with symptoms that are often mild but can become severe. The enterovirus family is large, and polio falls within it; both EV-D68 and poliovirus can invade the nervous system and cause muscle weakness.

Occasionally, EV-D68 can result in a condition called acute flaccid myelitis, or AFM, which is characterized by inflammation in the neck region of the spinal cord. Some people who experience AFM have difficulty moving their arms, while others experience weakness in all four extremities. During a large outbreak in the U.S. in 2014, around 10% of people with EV-D68 went on to develop AFM.

Full recovery from AFM is rare, and although most patients improve to some extent, the process is often difficult, and it requires rehabilitation. The CDC this year has identified more EV-D68 cases among children with severe respiratory illness than in the past three years combined. There were 84 such cases from March through Aug. 4. By comparison, the CDC identified six such cases in 2019, 30 in 2020 and 16 in 2021.

Those figures are likely to be undercounts, however, because not everyone with respiratory symptoms gets tested for EV-D68. As of Sept. 2, 13 cases of AFM have been confirmed this year in the U.S. The CDC said it is investigating 20 additional cases.

In the past, the CDC has recorded spikes in EV-D68 cases every other year. Before the coronavirus pandemic, that was in 2014, 2016 and 2018. Dr. Benjamin Greenberg, a neurologist at UT Southwestern’s O’Donnell Brain Institute who treats patients at Children’s Health in Dallas, said the pattern most likely appears because kids develop immunity to the enterovirus when it spreads, leading to “off” years with higher population immunity. Once the immunity wanes, case numbers tick up again.

Dr. Sarah Hopkins, a pediatric neurologist at Children’s Hospital of Philadelphia, said: “We really thought this was going to happen in 2020, because we had the last spike in 2018. But then with mask-wearing and social distancing and all those things that limit the spread of a respiratory virus, we didn’t have that expected spike.”

Greenberg said cases are most likely rising again this year because children are back in school and other public spaces. “We have a group of kids now who’ve never seen the virus, because they weren’t having school exposures. So we think the at-risk population is bigger than in 2020,” he said.

All seven pediatric medical centers affiliated with the CDC’s New Vaccine Surveillance Network — in Nashville, Tennessee; Houston; Kansas City, Missouri; Cincinnati; Seattle; Pittsburgh; and Rochester, New York — have detected cases of EV-D68 this year. The CDC said it had also received reports of increases in severe respiratory illness among children in Minnesota, Arizona and Utah, raising concerns that some of those infections might be EV-D68, as well.

The agency is telling health care providers to be on the lookout for EV-D68 cases among kids and to strongly consider AFM as a potential diagnosis for patients with limb weakness.

But it can be hard to distinguish EV-D68 symptoms from those of respiratory viruses, Greenberg said. Like the common cold, EV-D68 can cause a runny nose, sneezing, body aches or muscle aches. Children who require hospitalization tend to have coughs, shortness of breath, wheezing and — in about half of cases — fever.

AFM could also be confused with a severe case of polio, which results in a similar condition called acute flaccid paralysis. The U.S. recorded one polio case in July, and it has detected the virus in wastewater across several New York counties. (NBC)