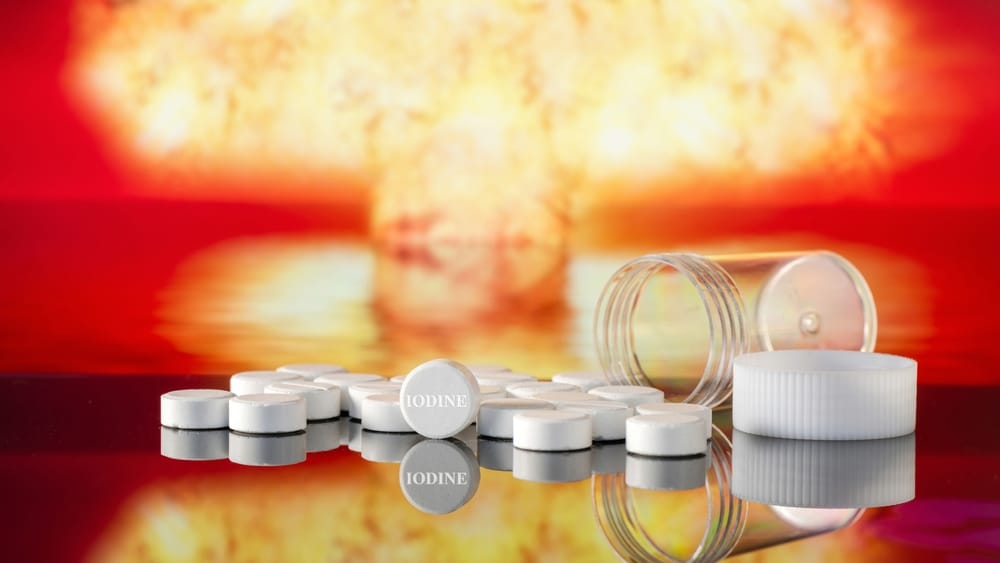 The Polish Government has announced it is distributing iodide tablets to citizens across the country following fears of possible radiation hazard regarding the safety of nuclear power plants in Ukraine. At the beginning of the week, the Ministry of the Interior announced that all firefighting communities across the country have been provided with adequate doses of the drug.

“This is a standard procedure prescribed by law and applied in the event of a possible radiation hazard. At the same time, we would like to inform you that at the moment there is no such danger and the National Agency for Nuclear Energy is constantly monitoring the situation,” the Ministry said. They went on to add that all services are on alert at the present moment, but sufficient doses of iodine have been provided to all Polish citizens.

On the Polish government’s website, the statement reads: “As part of the crisis management and civil protection activities, in connection with the media information on the fighting in the Zaporizhia Nuclear Power Plant region, last week tablets containing potassium iodide were handed over to the district headquarters of the State Fire Service. “It is a standard procedure provided for by law and used in the event of a possible radiation emergency.

“At the same time, we would like to inform you that at the moment there is no such threat and the situation is monitored on an ongoing basis by the National Atomic Energy Agency. “The services responsible for state security are on constant readiness, and the appropriate amount of potassium iodide is secured for every Polish citizen.” In case of confirmed contamination, the plan is to quickly distribute iodine tablets that help absorb radioactive substances.

Meanwhile, Within hours of Vladimir Putin’s announcement that he was introducing “partial mobilization,” to bolster his crumbling army in Ukraine, Russian men began to flee the country in huge numbers. Russian defence minister, Sergei Shoigu followed up Putin’s speech with an announcement that 300,000 reservists would be conscripted into the armed forces.

Video shot at Russia ’s border with Finland showed a tailback over 20 miles long, with hundreds, perhaps thousands, of men trying to get out of the country before they were called up. Most flights out of Russia were sold out today (Wednesday, September 21),

and the few remaining available seats were priced at up to 120,000 roubles (£1,700) following Putin’s announcement. Russian social media is full of posts from civilians who say they are leaving the country by any route they can find, with some even walking over the borders into EU countries.

Putin said that the decision to call up reservists was necessary to “protect our homeland, its sovereignty, and territorial integrity” and to “liberate” Ukrainians from what he described as a “Nazi regime” in Kyiv. Putin’s decision to call up as many as 300,000 reservists is the first such mobilization in Russia since the Second World War.