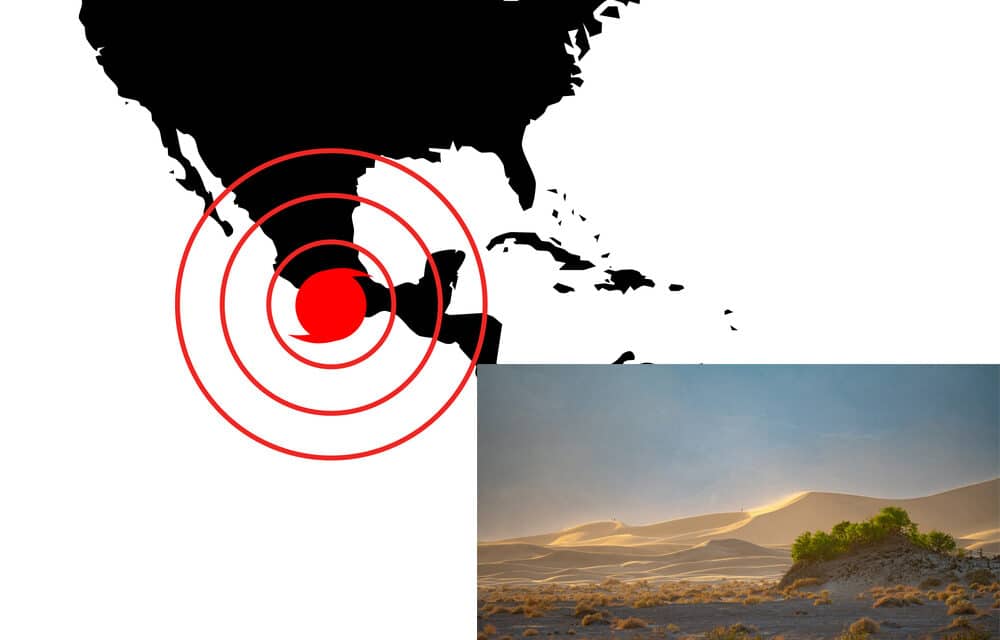 A 7.6-magnitude earthquake 1,500 miles away triggered a “desert tsunami” in Death Valley National Park, rangers said. The earthquake struck Mexico near the Colima-Michoacan border on Monday, Sept. 19, according to the U.S. Geological Survey.

Devils Hole is a limestone cave in Nevada’s portion of the national park that’s partially filled with water. It’s hundreds of feet deep. Park officials said the earthquake caused a “seiche,” which is a wave that swings around a standing body of water. It stirred up sediment and rocks from the shallow part of the cave and removed algae growth.

That could be a problem for endangered pupfish that live in the water. About 175 pupfish live in Devils Hole, park rangers said. They depend on algae that goes on the shallow cave shelf. “The pupfish have survived several of these events in recent years,” Kevin Wilson, National Park Service aquatic ecologist, said in the news release. (Sacramento Bee)