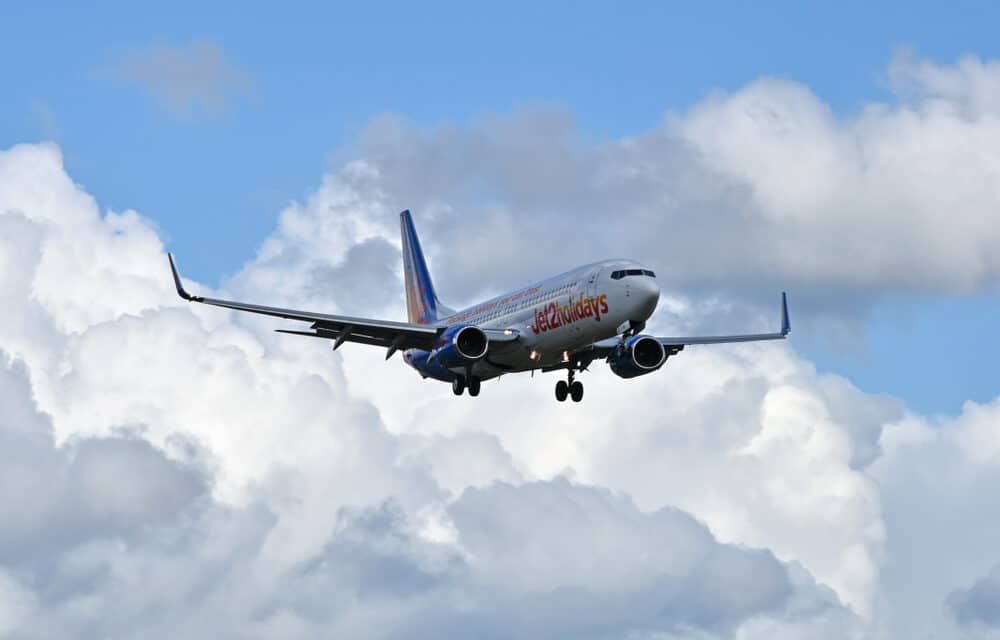 A dad of three heroically restrained a passenger after she stripped to her underwear and twice tried to storm a plane cockpit shouting “Allahu Akbar”. Phillip O’Brien, 35, got the woman in a hold and helped crew members secure her in a chair on the Jet2 flight from Cyprus to Manchester.

She had alleged explosives were on board and asked the children she was with if they were “ready to die”. It is claimed the woman, in her 30s, said her parents were members of terror group Isis before the pilot diverted to Paris and she was led away.

Drainage firm boss Mr. O’Brien, who worked in security as a teenager, was with six family members including his wife and three children aged eight to 14.

He said: “Everything was normal and then shortly after take-off a woman walked up the aisle naked and banged on the cockpit door shouting ‘Allahu Akbar’. “As you can imagine everyone was sh**ing themselves. “I spoke to staff and said, ‘Why have you not put her to the floor?’. “They said, ‘We’re not able to’. I said, ‘Well I am’.

“So when the woman went to the cockpit again I took control, took her to the ground and at that point the pilot did an emergency landing to Paris.” Mr. O’Brien said he asked the woman why she was saying such things and she replied: “If I didn’t there’s going to be an explosion and everybody is going to die”. READ MORE