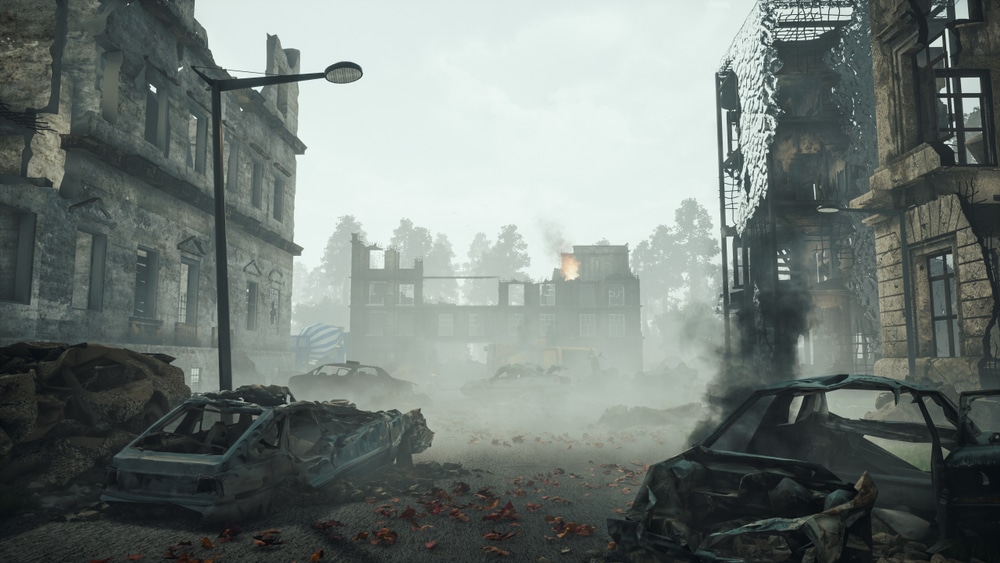 (OPINION) We were told a long time ago that this was coming. It is being reported that Nancy Pelosi will arrive in Taiwan on Tuesday, and the Chinese appear to be promising that there will be some sort of a military response.

What form that response will take has been the subject of much debate in recent days. An article that was just posted on Zero Hedge does a great job of breaking down potential ways that China could strike back against Taiwan itself, but we should not completely rule out the possibility that the Chinese could select an American target to hit instead.

Nancy Pelosi’s visit to Taiwan is a direct challenge to China’s sovereignty over the island, and Chinese leaders are steaming mad right now. They are going to do something that sends a very clear message, and once that happens the Biden administration will inevitably feel compelled to respond. These are very dangerous times, because it won’t take much to spark a full-blown shooting war.

Aircraft carrier USS Ronald Reagan (CVN-76) and big deck amphibious ship USS Tripoli (LHA-7), with Marine F-35B Lighting II Joint Strike Fighters embarked, are operating in the vicinity of Taiwan, on the edge of the South China Sea ahead of a Western Pacific visit from U.S. House Speaker Rep. Nancy Pelosi (D-Calif.) to the region, according to the Aug. 1 edition of the USNI News Fleet and Marine Tracker.

The Chinese continue to escalate matters as well. Even though they just concluded live-fire drills in the waters near Taiwan, we are being told that more live-fire drills are scheduled for August 2nd and 3rd… China will hold a series of military live-fire drills near Leizhou Peninsula, Guangdong between August 2 and 3.

These drills follow three other live-fire events held across the South China Sea. China also sent military aircraft into Taiwan’s Air Defence Identification Zone (ADIZ) 20 times in July alone. The frequency of the military and live-fire events reflects China’s vocal opposition to American political support for Taiwan, which has included a congressional delegation and now a planned visit by U.S. Speaker of the House Nancy Pelosi this week.

Many Americans still seem to believe that the U.S. military greatly outclasses every other fighting force on the globe, but that is no longer true. The Chinese have been feverishly upgrading and modernizing their military, and at this point they have a larger navy and a much larger army than the United States does…

The People’s Liberation Army has 2,035,000 members, making it the largest active military force in the world. The U.S. has 1,195 million members as of September 2021, according to Department of Defense data. The Chinese Navy is the biggest in the world determined by the 355 front-line ships, compared to the U.S. which only has 305.

And as I detailed a few days ago, war games conducted by the Pentagon have shown us losing a conventional conflict with China in the Pacific over and over again. Of course, most Americans don’t understand any of this. Even though we retreated from Afghanistan with our tail between our legs, most Americans still think that we can push around everyone else on the planet without any consequences.

Sadly, the truth is that a day of reckoning is fast approaching. In my book entitled “Lost Prophecies Of The Future Of America”, I showed that we have been warned about the coming war with China over and over again. For example, the following is a vision that was received by Dumitru Duduman on April 22nd, 1996…

I prayed, then went to bed. I was still awake, when suddenly I heard a trumpet sound. A voice cried out to me, “Stand!”

In my vision, I was in America. I walked out of my home, and began to look for the one who had spoken to me. As I looked, I saw three men dressed alike. Two of the men carried weapons. One of the armed men came to me. “I woke you to show you what is to come.” He said. “Come with me.” I didn’t know where I was being taken, but when we reached a certain place he said, “stop here!”

A pair of binoculars was handed to me, and I was told to look through them. “Stand there, don’t move, and look,” he continued. “You will see what they are saying, and what they are preparing for America.” As I was looking, I saw a great light. A dark cloud appeared over it. I saw the president of Russia, a short, chubby man, who said he was the president of China and two others. The last two also said where they were from, but I did not understand. However, I gathered they were part of Russian-controlled territory. The men stepped out of the cloud.

The Russian president began to speak to the Chinese one. “I will give you the land with all the people, but you must free Taiwan of the Americans. Do not fear, we will attack them from behind.” A voice said to me, “Watch where the Russians penetrate America.” I saw these words being written: Alaska; Minnesota; Florida.

Then, the man spoke again, “When America goes to war with China, the Russians will strike without warning.” In order for these words to be fulfilled, the U.S. must end up in a conflict with both Russia and China at the same time. Needless to say, such a scenario is coming together right in front of our eyes. In 1992, Earlene Wallace had a vision in which she saw “oriental soldiers” causing immense devastation all over America… READ MORE