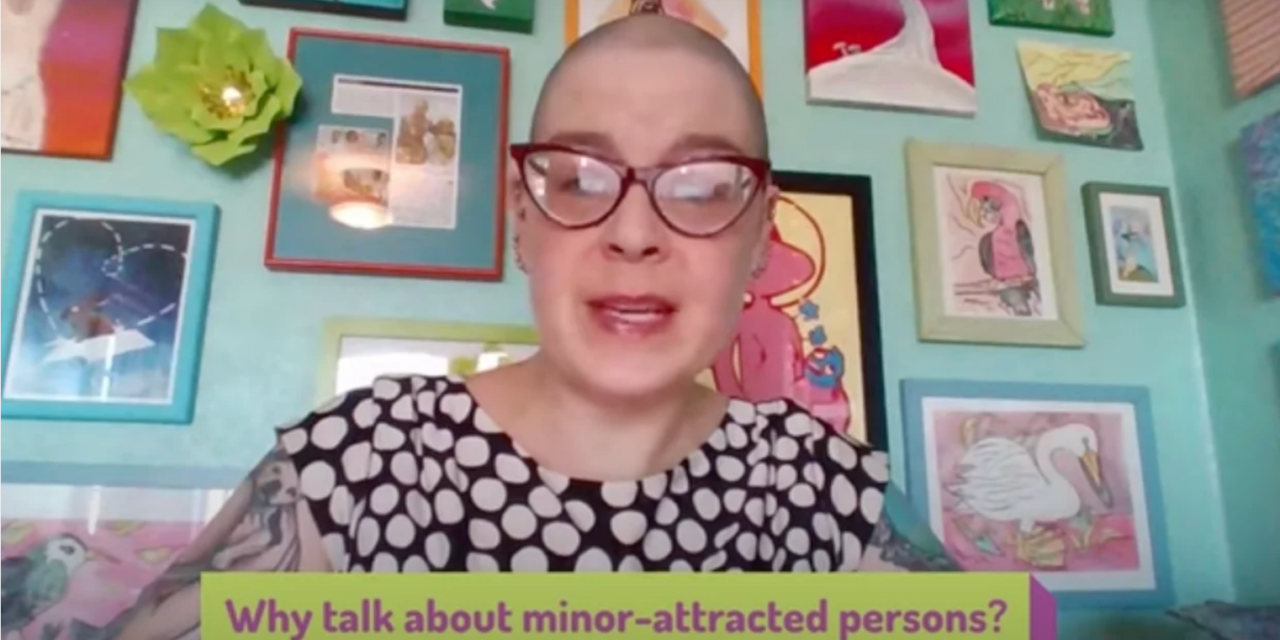 (OPINION) Miranda Galbreath, a self-described “Licensed Professional Counselor and Sex Therapist in Erie, PA,” has described pedophiles — whom she refers to as “minor-attracted persons” — as a “marginalized population” which is “probably the most vilified population of folks in our culture.”

In a video posted on YouTube last month, Galbreath said that the word “pedophile” has become “a judgmental, hurtful insult” used to “harm … or slander” individuals.

She defined a minor-attracted person as an individual who “has an enduring sexual or romantic attraction to minors.” Galbreath added, “They’ve not chosen this attraction just as the rest of us have not chosen whatever our attraction is.”

Galbreath claimed that mental health professionals are not required to report people who admit to being attracted to children. “As mandated reporters, mental health providers are required to report if we have a reasonable cause to suspect that a specific child or children or vulnerable adult is being abused. Mandated reporters are not required to report that a person has confessed a minor attraction. Confessing to being attracted to minors is not the same as confessing that you are a specific risk to an identifiable minor,” Galbreath said. READ MORE