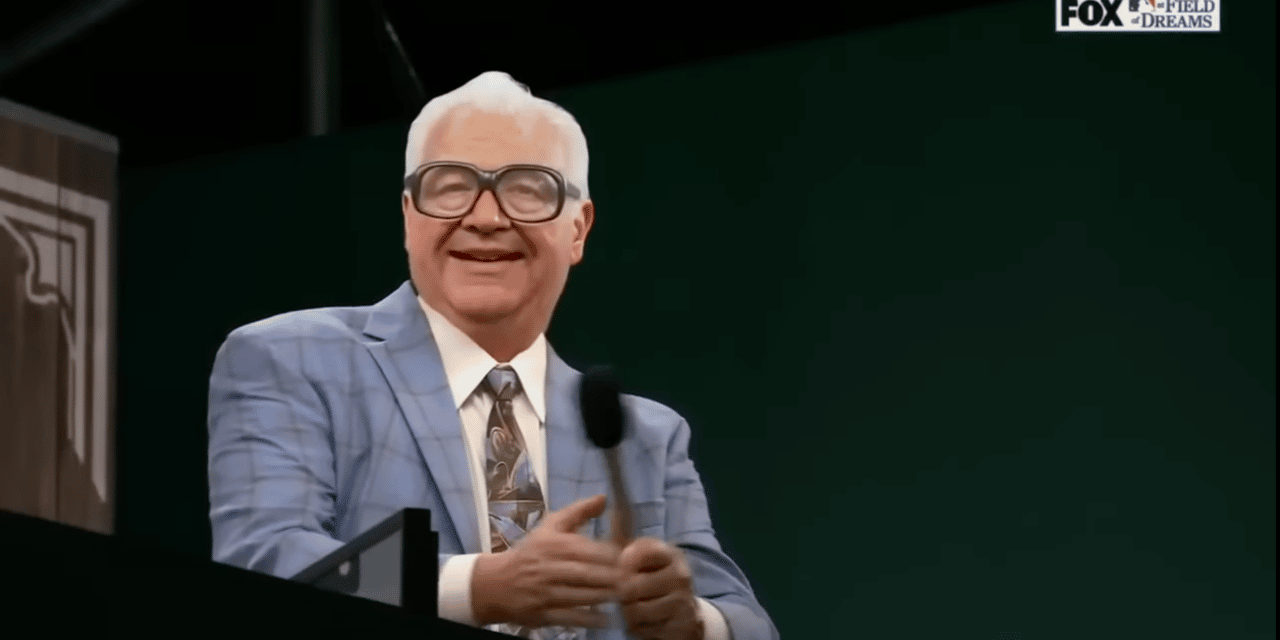 Twenty-four years after legendary MLB broadcaster Harry Caray died, he returned to sing the song he’s credited with making so beloved. Well, sort of. For MLB’s second edition of the Field of Dreams game — which the Cubs won 4-2 over the Reds on a field adjacent to the set of the movie in Dyersville, Iowa — the league unveiled an ode to one its most famed figures.

In the middle of the seventh inning, as is custom, “Take Me Out to the Ballgame” rang out across ballpark. The tune was led, however, by a hologram of the deceased Caray, who is credited with creating and popularizing the beloved anthem.

“All right, let me hear you,” the hologram boomed. “Been a while. A one, a two, a three…” Caray’s memorable voice then sang the tune along with a welcoming crowd, who boomed in response. There had been rumors of a Caray hologram appearing at some point in the lead up to the game, which was met with mixed responses.

“Tonight, you’ll see a 7th inning stretch that could only happen with the magic of the Field of Dreams,” MLB on FOX teased on Twitter, accompanied by an image of a cloud resembling Caray’s face. Caray spent his iconic career with five teams, including 25 with the Cardinals, 11 with the White Sox and the last 16 of his career with the Cubs, making him a prominent figure among the Chicago fans in attendance. The reactions online and between viewers were again mixed, however, with many calling the hologram “creepy.” READ MORE