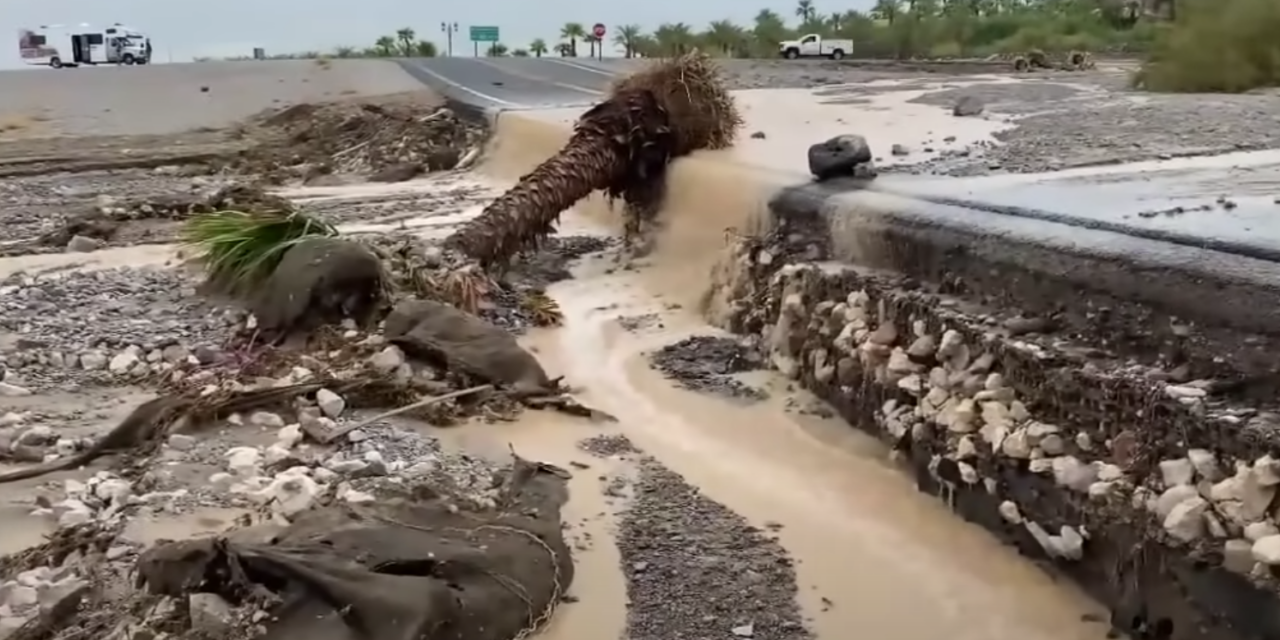 The severe flooding that recently hit Death Valley is an event only seen once in a thousand years, according to the National Park Service (NPS). Nearly a year’s worth of rain fell on the California national park in just three hours, and caused severe damage to surrounding areas, the NPS said in a statement, calling it a “historic event.”

The NPS expects roads within the park to be closed for “days to months depending on the severity of damage.” “The heavy rain that caused the devastating flooding at Death Valley was an extremely rare, 1000-year event,” Daniel Berc, a meteorologist with the National Weather Service Las Vegas, said in the NPS statement.

The flooding has caused “severe asphalt damage” to hundreds of miles of roads throughout the area. Flood debris washed onto roads has made access to some areas of the park “impossible by vehicle,” the NPS said. During the summer months, the Death Valley is one of the hottest and driest places on Earth, making this extreme weather event particularly unusual.

“Death Valley is an incredible place of extremes,” said park superintendent Mike Reynolds. “This week’s 1,000-year flood is another example of this extreme environment. With climate change models predicting more frequent and more intense storms, this is a place where you can see climate change in action!”

There have so far been no reported injuries. Aerial surveys of the areas by a Naval Weapons Station China Lake helicopter crew found vehicles still located in remote areas of the park. The people were contacted to ensure their safety. A number of people were reported to be “sheltering in place,” when the rain began to fall. The NPS said they have now been asked to “carefully travel” out through the damaged areas.