UN warns that Millions are at risk of power and water shortages as two of the nation’s largest reservoirs on the brink of “dead pool status,” 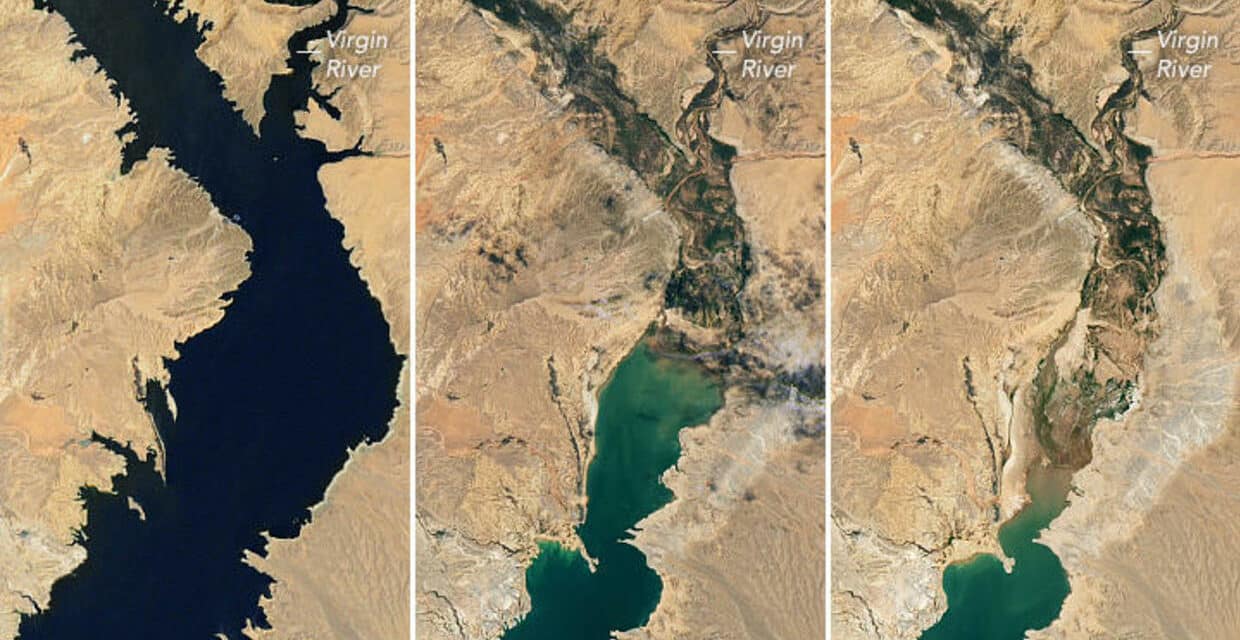 Millions of people in the Western U.S. are at risk of seeing reduced access to both water and power as two of the nation’s biggest reservoirs continue to dry up inch by inch. The United Nations issued a warning on Tuesday that the water levels in Lake Mead and Lake Powell are at their lowest ever and are getting perilously close to reaching “dead pool status.” Such a status means that the water levels are so low that water can’t flow downstream to power hydroelectric stations.

At Lake Mead, located in Nevada and Arizona, the country’s largest artificial body of water, levels have gotten so low that it’s essentially become a graveyard – human remains, dried-out fish, and a sunken boat dating back to World War II have so far been revealed from underneath the now shallow waters. The walls of the lake are divided by two contrasting colors that reveal the line at which the water once sat.

At maximum capacity, the lake should reach an elevation of 1,220 feet, according to NASA’s Earth Observatory. On this day in 2020, Lake Mead sat at 1,084 feet above the mean sea level. Today, it’s at 1,040. NASA has said this could be the worst drought in the region in 12 centuries and that water levels must stay above 1,000 feet to continue providing hydropower at normal levels.

Lake Powell, which sits in Utah and Arizona, is the nation’s second-largest artificial reservoir and is seeing a similar situation. The last time the lake was full was in 1999, but the water is dozens of feet lower than it was just last year. As of Thursday, it was only a quarter full.

Both lakes provide water and electricity to tens of millions of people across seven states, as well as irrigation water for agriculture. United Nations Environment Programme ecosystems expert Lis Mullin Bernhardt said that the conditions “have been so dry for more than 20 years that we’re no longer speaking of a drought.” The climate crisis and overconsumption of water are to blame, the U.N. says.

“We refer to is as ‘aridification’ – a new very dry normal,” they said in a statement. And even if water cuts are introduced to try and ration the supply, it might not be enough. “Climate change is the heart of the issue,” UNEP’s North America ecosystems officer Maria Morgado said. “In the long term we need to address the root causes of climate change as well as water demands.”