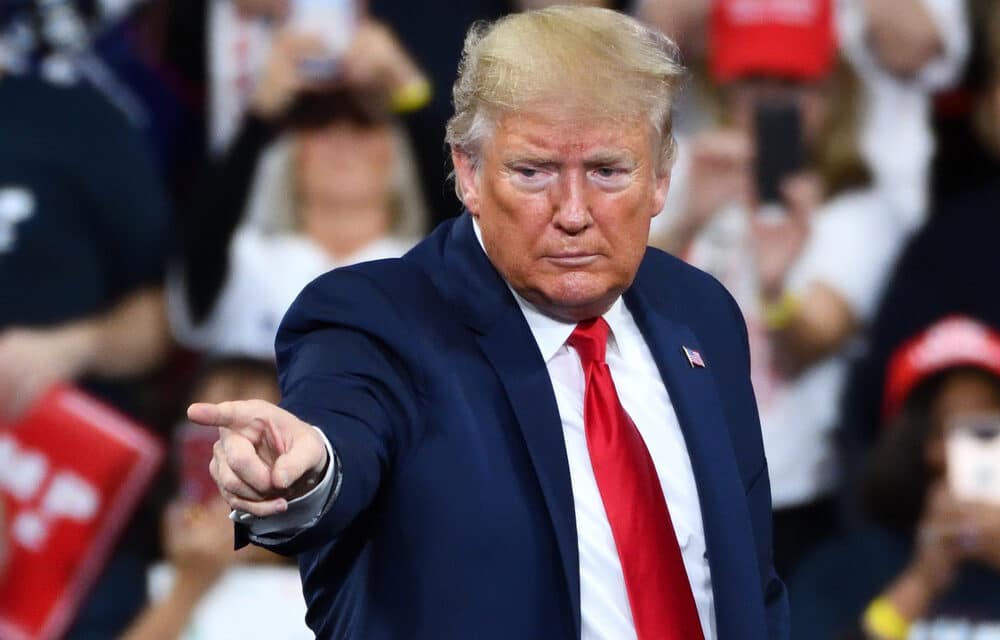 (OPINION) Former President Donald Trump warned Monday that “the temperature has to be brought down in the country” or “terrible things are going to happen” before accusing the FBI of a “sneak attack” raid on his Florida estate last week.

“The country is in a very dangerous position,” Trump told Fox News Digital in his first interview since the Aug. 8 search. “There is tremendous anger, like I’ve never seen before, over all of the scams, and this new one — years of scams and witch hunts, and now this.”

“If there is anything we can do to help, I, and my people, would certainly be willing to do that,” the 45th president continued. Federal agents seized more than two dozen boxes of items, including 11 sets of classified documents, from Trump’s Mar-a-Lago resort in Palm Beach, Fla.

Another set was marked “Various classified/TS/SCI documents,” which is the abbreviation for “top secret/sensitive compartmented information,” a special category meant to protect the nation’s most important secrets.

News of the raid caused outrage among the former president’s supporters, with the FBI and Department of Homeland Security warning this weekend of a spike in threats to law enforcement.

“The people of this country are not going to stand for another scam,” said Trump, who claimed that he and his legal team had contacted the Justice Department and offered to assist in its investigation into whether the former president violated three federal laws dealing with government information. The former president told Fox News Digital that his team “has not heard yet” from the DOJ.

“I think they would want the same thing—I’ve never seen anything like this,” he said. “It is a very dangerous time for our country.” Elsewhere in the interview, the former president contended:

“There has never been a time like this where law enforcement has been used to break into the house of a former president of the United States, and there is tremendous anger in the country—at a level that has never been seen before, other than during very perilous times.” Trump then lamented “years of fake witch hunts and phony Russia, Russia, Russia schemes and scams.” FULL REPORT