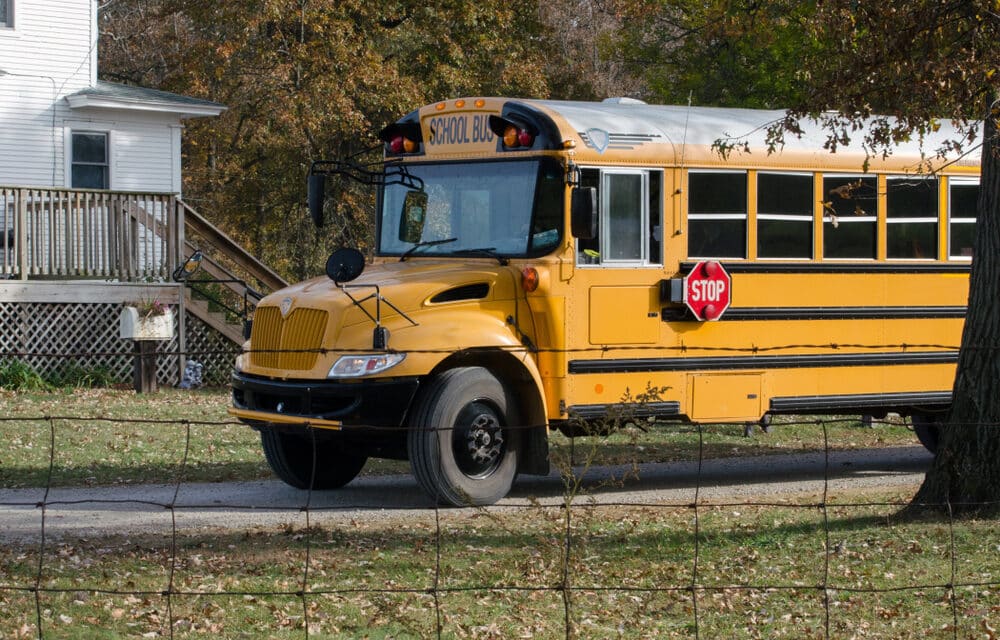 A loaded school bus crashed Monday into an Indiana home near the Ohio border after the driver apparently went into cardiac arrest, authorities said.

Thirty students were on the bus when it crashed about 7:45 a.m. in West College Corner, the Union County Sheriff’s Office said.

Two students on the Union County College Corner Joint School District bus sought medical evaluations and were released, the sheriff’s statement said. No one from the school system could immediately be reached for comment Monday.

The driver, Steven Posco, 55, of Liberty, Indiana, went into cardiac arrest and was unconscious when first responders arrived, authorities said. The bus, which sustained heavy front-end damage, was pinned under the home’s porch, the statement said. FULL REPORT