RUMORS OF WAR: Here are 4 ways China could take Taiwan and we could see it very soon 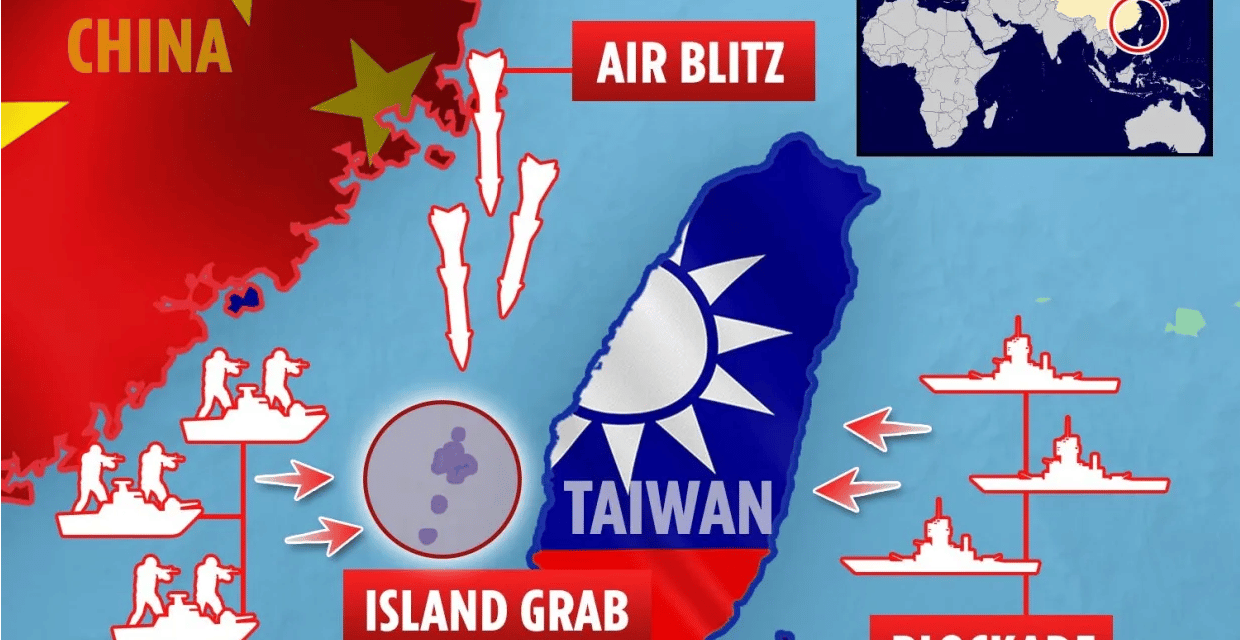 China’s military planners are mulling a range of options to take Taiwan – including strangling the island with a blockade and a lightning 48-hour blitz, analysts believe. The most alarming scenario involves a huge land, sea, and air assault to complete the invasion within two days – which is how long it calculates it would take the West to respond.

Invasion fears are high after China surrounded Taiwan with masses of military equipment taking part in menacing war games. They are meant as a show of force to US – but also to wear down Taiwan’s defensive strength and test the West’s resolve, observers say.

Whether US-led allies would rush to help Taiwan – and how quickly – is said to be the key consideration for strategists in Beijing. Four possible scenarios under discussion include plans for missile strikes and land grabs that stop short of a full invasion.

These would heap pressure on Taiwan and test whether Joe Biden really has a stomach for war after his promises to defend the island. And if China does decide to take Taiwan, it could aim to complete “a lightning-fast 48-hour offensive” that leave the West scrambling to respond, diplomatic sources told The Sunday Telegraph.

It’s thought the crucial window of time to act has been deduced from Russia’s failure to take Kyiv and topple Volodymyr Zelensky’s government. The report said Beijing closely watched events in Ukraine and noted it took Western leaders two days to respond to President Vladimir Putin’s attack on February 24.

Diplomatic sources say President Xi believes “significant” Western support could have been handed to Ukraine during this time and doesn’t want to give the same opportunity to Taiwan. Beijing has been ramping up military drills near the island as fears of an imminent invasion swell.

Tensions between the two nations have hit boiling point in recent days, with China continuing to flex its military muscles by launching jets into Taiwan’s airspace and firing missiles in haunting drills. Beijing has essentially surrounded the island – which it regards as a breakaway province – with 68 jets and 13 warships, Taiwan’s Ministry of National Defence has said. READ MORE