More Pestilences continue to emerge across the planet 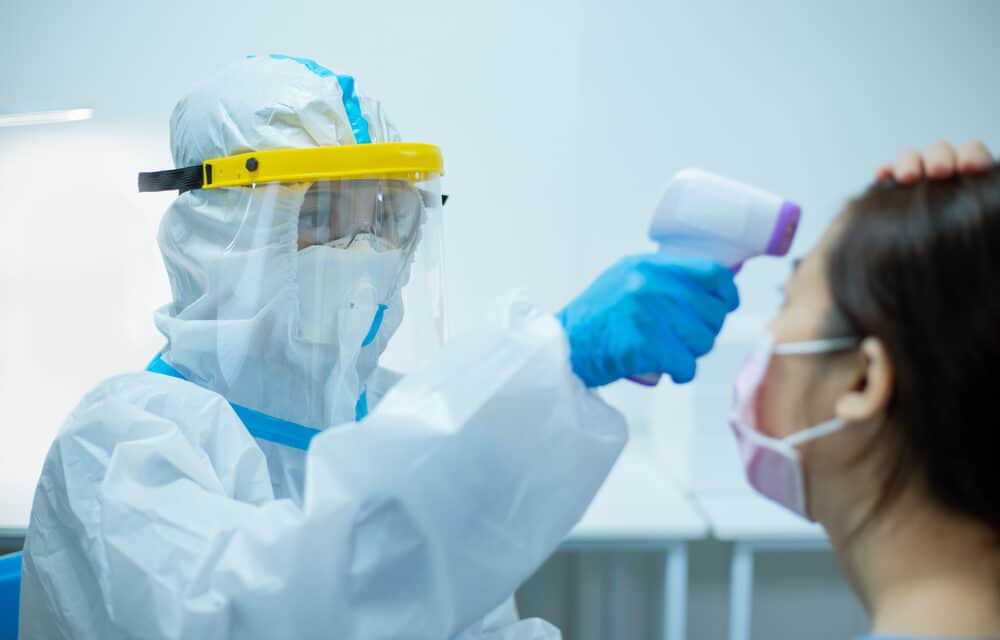 (OPINION) Why is this happening? Each week, it seems like there is another new outbreak somewhere in the world that the experts are deeply concerned about. Prior to 2020, it was never like this. In the old days, the vast majority of us never even thought about when the “next pandemic” might happen because such a scenario seemed so improbable.

But here in 2022, a bird flu pandemic has killed tens of millions of our chickens and turkeys, a monkeypox outbreak has already spread to more than 90 counties all over the globe, confirmed cases of the Marburg virus have been reported in Africa, and very serious diseases that were once almost entirely eradicated are popping up even in the western world. What are we supposed to make of all of this?

The latest outbreak that is making headlines all over the globe has happened in China. According to a British news source, there have been 35 confirmed cases of a disease called “Langya henipavirus” so far… Cases of a “deadly” virus on the rise in eastern China are not a cause for alarm, scientists have said amid comparisons with Covid-19.

So far, 35 cases of the disease known as Langya henipavirus (LayV), or Langya, have been confirmed among farmers in two eastern provinces of China, with no deaths reported. We are being told that the Chinese were able to identify this outbreak very quickly thanks to “an early detection system”…

The virus, named Langya henipavirus or LayV, was found thanks to an early detection system for feverish people with a recent history of exposure to animals in eastern China. The patients — mainly farmers — also reported fatigue, cough, loss of appetite, and aches, with several developing blood-cell abnormalities and signs of liver and kidney damage.

Hopefully, this will not turn into something big. And the fact that none of the victims has died so far is good news. Because the WHO says that the family of viruses that this comes from can have “a 40-75% fatality rate”… While none of the patients have died or suffered serious illness, it’s a virus that hasn’t infected human beings prior to this outbreak … so there are a lot of unknowns.

Being under the Henipavirus umbrella, it has the potential to do some serious damage … WHO data classifies Henipavirus with a 40-75% fatality rate. Meanwhile, polio has made a comeback in the United States. This wasn’t supposed to happen. Our country was declared polio-free in 1979, and there had not been a single case that had originated in the U.S. since that time.

But now there has been a case where an individual has been paralyzed by polio in New York, and we are being warned that there could be “hundreds” of other cases… Hundreds could have polio after an adult in the New York City metro area caught the virus and suffered paralysis last month, the state’s top health official said this week.

New York state Health Commissioner Mary Bassett warned that the confirmed polio case in an unvaccinated adult, coupled with the detection of the virus in sewage outside the nation’s largest city, could indicate a bigger outbreak is underway.

It turns out that polio has also been detected in sewage in London, and this has prompted the UK to begin a large-scale vaccination program for children… Children living in London will be offered an extra dose of the polio vaccine following the discovery of poliovirus in sewage in the British capital, health authorities announced Wednesday.

The UK Joint Committee on Vaccination and Immunisation said a targeted inactivated polio vaccine booster dose should be offered to all children between the ages of 1 and 9 in all London boroughs.

Polio is a truly horrifying disease. Once you understand what it can do to someone, you would not wish it on your worst enemy. According to the WHO, polio can lead to “irreversible paralysis” in some cases, and a certain percentage of those that get paralyzed will eventually die… READ MORE