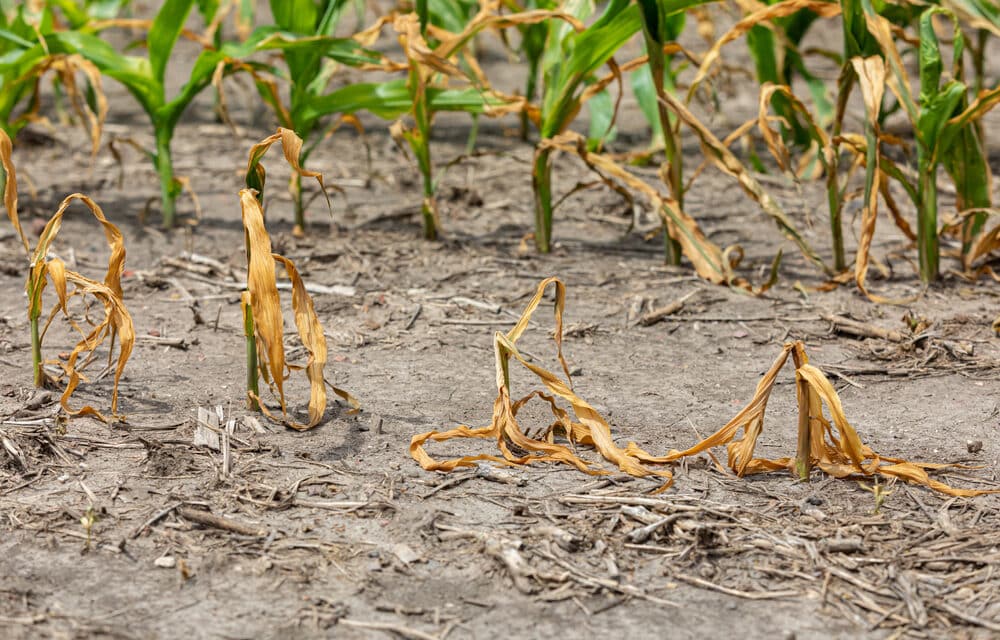 (OPINION) We really are reaching a major crisis point. Thanks to soaring fertilizer prices, insane weather patterns, and the war in Ukraine, global food supplies have been getting tighter and tighter. So we really needed a banner year for agricultural production in both the United States and Europe in 2022, and that is not going to happen.

In fact, unprecedented drought is absolutely devastating crops all over the northern hemisphere. A lot of people are complaining about how high food prices are right now but just wait. If some sort of a miracle doesn’t happen, agricultural production is going to be way below expectations in both the United States and Europe, and that is going to have very serious implications for 2023.

Let me start by talking about the nightmare that is starting to unfold in Europe. According to CNN, it is now being projected that farmers in Italy have lost “up to 80% of their harvest” because the drought has become so severe… In Italy, farmers in some parts of the country have lost up to 80% of their harvest this year due to severe weather anomalies, the Coldretti farming association said Thursday.

How are those farmers going to survive? Many farmers in France are facing similar losses because they have only been receiving a fraction of the rainfall that they normally get… In France, where an intense drought has hammered farmers and prompted widespread limits on freshwater use, there were just 9.7 millimeters (0.38 inches) of rain last month, Meteo France said.

That was 84 percent down on the average levels seen for July between 1991 and 2022, making it the driest month since March 1961, the agency added. Crop failures in France would be a really, really big deal because France is normally “the fourth-largest exporter of wheat” in the entire world…

France is the fourth-largest exporter of wheat and among the top five exporters of maize globally. Poor harvests due to drought may heap further pressure on grain supplies after Russia’s invasion of Ukraine caused global shockwaves. The situation in Germany is also extremely dire.

It is being reported that things are already so bad that some sections of the Rhine River have dropped to dangerously low levels… Germany’s most-important river is running dry as Europe suffers through a drought that is on course to become its worst in 500 years, with terrifying wildfires burning once again in France.

Water levels in the Rhine – which carries 80 percent of all goods transported by water in Germany, from its industrial heartlands to Dutch ports – are now so low that it could become impassable to barges later this week, threatening vital supplies of oil and coal that the country is relying upon as Russia turns off the gas tap. Of course, the U.S. is dealing with severe drought too.

According to the U.S. Drought Monitor, about half of the nation is experiencing some level of drought at this moment, and we are being told that the ongoing megadrought in the Southwest is the worst in 1,200 years. Things are particularly bad in Texas. If you can believe it, Dallas just had a stretch in which they had no measurable rain at all for two straight months…

The daily highs in Dallas have been 95 degrees or higher for three straight weeks, much hotter than normal for this time of year. The Dallas-Fort Worth area has even more problems amid an extreme drought going as far back as May 17. One hundred percent of Dallas County is in an extreme drought, while 21 percent of the whole state is experiencing exceptional drought — the most intense category of drought — according to the U.S. Drought Monitor.

A 67-day stretch with no measurable rain came to an end in Dallas on Wednesday when 0.41 of an inch of rain fell. That was the second-longest dry streak at Dallas-Fort Worth Airport. The standing record was 85 consecutive days that spanned much of the summer of 2000.

The lack of moisture has been crippling for the state’s absolutely massive agriculture industry. There are 247,000 farms and ranches in Texas, and nearly all of them are deeply suffering right now…

The drought pressing Texas’ agriculture industry — which is responsible for 10 percent of the state’s gross domestic product — is pushing farmers and ranchers to the brink. The state’s 247,000 farms and ranches covering 127 million acres haven’t had a whole year of rain since 2017. Almost 24 million of Texas’ population lives in drought-facing areas. As of the first of August, less than 1 percent of the state was not facing some level of drought or abnormal dryness.

At this point, conditions are so dry in Texas that many ranchers have been forced to “panic sell” their herds. For much more on this, please see my previous article entitled “Ranchers Are Selling Off Their Cattle In Unprecedented Numbers Due To The Drought, And That Has Enormous Implications For 2023”. Other states in the Southwest are also being hit extremely hard by this drought. Over in Utah, the size of the Great Salt Lake just continues to get smaller and smaller due to the relentlessly dry conditions…

The warm arid desert in the West certainly had its fair share of the summer heat. Salt Lake City International Airport recorded a high of 100 degrees on July 28, marking the 16th day that month of triple-digit temperatures and breaking the previous record of 15 in July 1960.

Last month, the city tied its record for the hottest recorded temperature of 107 degrees for the fourth time, according to NOAA weather data. The other occasions on which the mercury rose to 107 in Salt Lake City were in June 2021, July 2002 and July 1960. Record-keeping began there in 1874. READ MORE