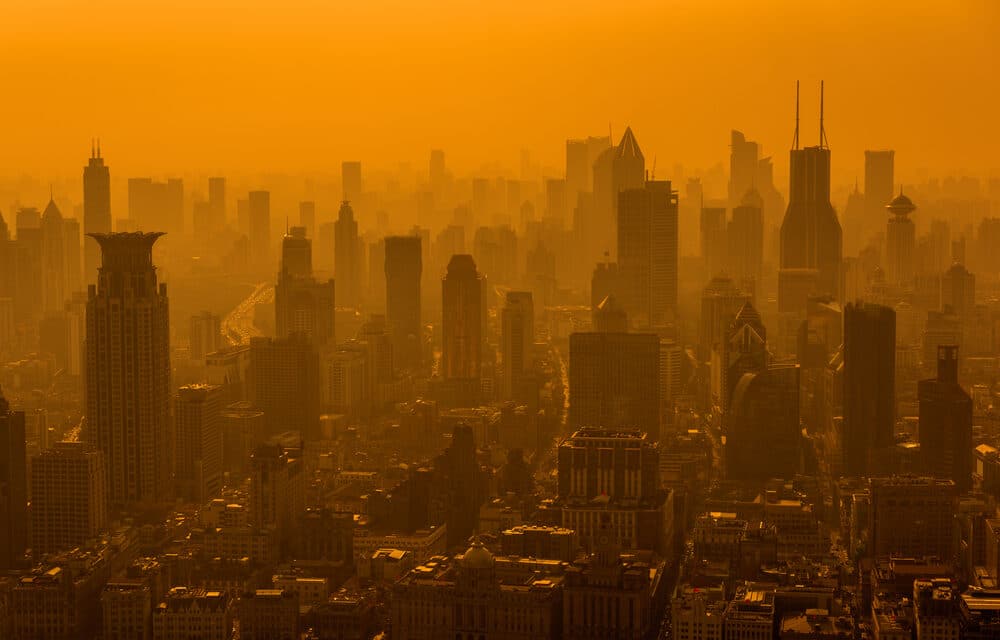 COVID-19 lockdowns in China threw a wrench into global supply chains earlier this year, causing shipping and production delays worldwide, and hindering economic growth. Now, the country is facing another major threat—and this one could be even worse for the economy.

China has been coping with its worst heat wave in 60 years this month, with temperatures in several provinces routinely reaching 40°C (104°F). But one key province is experiencing the worst financial repercussions from the suffocating heat.

In Sichuan, a regional manufacturing powerhouse that is home to more than 80 million people, the record heat wave has exacerbated an ongoing drought, cutting water levels at hydropower reservoirs in half this month, according to the Sichuan Provincial Department of Economics and Information Technology.

Sichuan relies on hydropower for roughly 80% of its energy needs, and with consumers using more energy than usual to stay cool during the heat wave, energy supplies are running short. As a result, officials announced on Aug. 15 that factories in 19 cities and prefectures would be forced to close their doors for five days to reserve electricity for “use by the people.”

But an expert told Fortune that the ongoing heat wave is more than just a regional problem, and could have dramatic repercussions worldwide. Because of the specific challenges that heat poses, manufacturing work-arounds that became common during the height of COVID will no longer be possible, potentially leading to even more severe economic outcomes.

“These shutdowns have the potential to be equally if not more impactful on supply chains than recent COVID lockdowns,” said Mirko Woitzik, global director of intelligence solutions for Everstream Analytics, a supply-chain insights and risk analytics company.

Some factories in China were able to remain open during pandemic lockdowns through the use of “closed loop” systems, where workers would isolate themselves at factories in order to continue operations. But these types of mitigation efforts aren’t possible in a heat wave.

“Everyone’s depending on the same hydropower, so the entire region is really affected by it. And there’s no white list at the moment of exemptions. So it’s really the indiscriminate nature compared to the targeted COVID lockdowns that make this much more harmful,” Woitzik said.

For now, factory shutdowns caused by the heat wave in China are confined to Sichuan. But because of the region’s status as a manufacturing powerhouse, the effects will likely be widespread. Electronic component manufacturers like Foxconn and Compal, which are both suppliers for Apple, and auto manufacturers like Tesla, Toyota, and SAIC Motor Corp. may be affected the most by the deadly heat.

Tesla and SAIC said on Thursday that they are having difficulty maintaining production amid the power crunch, and asked Chinese officials if their production could be prioritized. Toyota has also suspended production at its plant in Sichuan this week, according to Japanese media outlet Kyodo News.

Additionally, BOE Technology Group, an Apple supplier that makes LED screens and other hardware components, said on Wednesday that it will need to “make adjustments” at its operations in Sichuan owing to power rationing in the region. And Contemporary Amperex Technology, the world’s largest battery maker, said it will stop production at its Sichuan plant until Aug. 20, as a result of the power cuts, Reuters reported.

“The Sichuan region has become very important in the last 10 years in terms of raw material production,” Woitzik said. “Foxconn has their battery production there, and the list goes on, so it’s still very, very impactful in a supply-chain sense.” Lithium and semiconductors could also be affected, though it likely won’t be to the same extent as electronic component manufacturers. Sichuan is a key supplier of lithium, and some experts are concerned that China’s heat wave could cause prices of the silvery-white metal to soar.

Supplies of lithium have already been strained amid rising demand for EVs and production issues. And Woitzik notes that one of China’s top lithium producers, Sichuan Yahua Industrial Group, has shut down operations for five days and that prices for lithium are expected to rise in the near term as a result.

Still, Woitzik said that he isn’t too worried about the supply of lithium—at least for now. “We believe that the impact will be more felt in terms of the intermediate and end products,” he said. “For lithium, the heat wave would have to last for much longer for it to create a significant impact.” (Yahoo News)