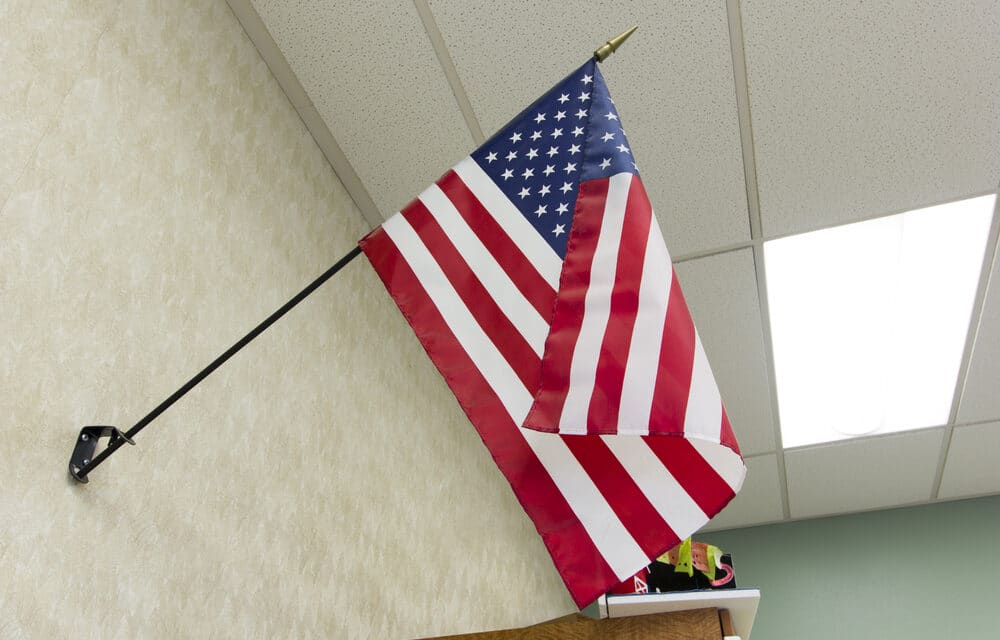 “Given that the word ‘God’ in the text of the Pledge of Allegiance is capitalized… the text is clearly referring to the Judeo-Christian God, and therefore, it does not include any other faiths such as Islam, Buddhism, Hinduism,” Holden said, adding that this made the pledge of allegiance a “non-inclusionary act.”

Beginning each meeting with a “non-inclusionary act,” Holden argued, ran contrary to the diversity, equity and inclusion priorities of the school district. Holden also argued there was text within the pledge of allegiance that is “simply not true.” “The statement that we are ‘one nation under God,’ is the Judeo-Christian God… is simply an untrue statement. We are one nation under many or no gods,” Holden added, citing the practice of many different religions in the U.S.

He also said it was an “indisputable fact” that “not all U.S. citizens have liberty and justice… therefore making the line ‘one nation with liberty and justice for all’ an untrue statement.” Holden said the board could not adhere to board policy that they should be honest while simultaneously reciting the Pledge of Allegiance. READ MORE