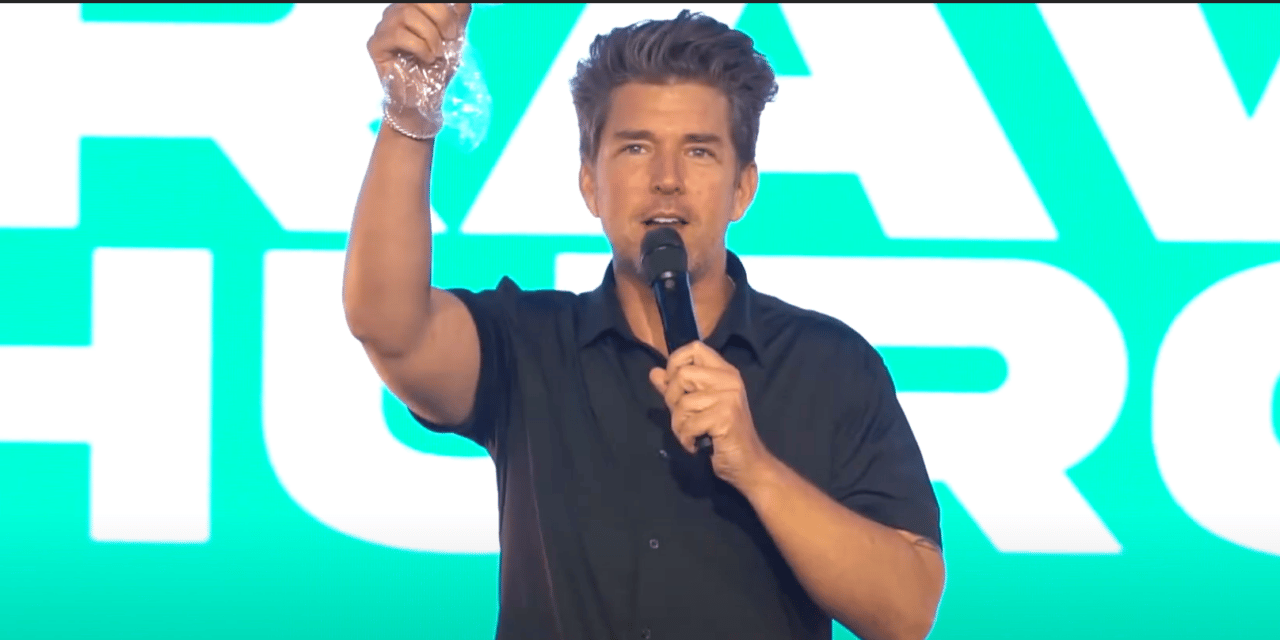 A Christian pastor of a trendy Miami church has been forced out for allegedly having steamy affairs with three women from his congregation, two while he was still married, DailyMail.com can reveal.

David Stocker, 46, was fired from Brave Church in the city’s Westchester district in April after its overseeing body – the Peninsular Florida District Council of the Assemblies of God – found him guilty of ‘gross sexual misconduct and immoral actions.’

The clergyman, who had preached at the church since 2014, is also accused of using the church’s credit card to fund some of his illicit encounters, including paying for a flight to New York for one of his lovers.

The shocking allegations are contained in a 307-page complaint filed by the council that sued Stocker after he refused to step down and continued preaching despite being dismissed for breaching the church’s bylaws. Stocker’s attorney did not immediately comment on the sex and alcohol allegations when contacted by DailyMail.com.

The pastor was investigated after the scorned woman from his first alleged affair reported him to the council in a damning email in January, in which she supplied ‘hundreds’ of photographs, videos, and text messages cataloging his shame.

The woman, whose identity is being protected by the council, was distraught after discovering Stocker went on to have relationships with two other worshippers – and is currently still with one of them, according to the legal papers filed in Miami-Dade Circuit Court. The middle-aged mother alleged she and Stocker had sex on their first date as part of their ‘whirlwind romance’ and later had each other’s names tattooed on their necks with the day they met.

She also claimed the fired minister, whose position demanded he abstain totally from alcohol, was frequently drunk, sometimes while in high-profile public places. This included an incident with a different alleged mistress at a Miami Heat basketball game, where police were called when the pair tried to walk on the court, she claimed in her email along with pictures of the incident.

Stocker, who joined Brave Church with then-wife Christina in 2014, was known for cutting a flamboyant figure as he preached to a vibrant and generally young congregation, which included many families.

He took to the pulpit confidently each Sunday, microphone in hand, and bursting with emotion; his passionate and stirring words rising above live background music.

The preacher would mix his wardrobe between casual, smart, and dazzling – varying from dark jeans paired with a light top, to a stylish black suit and a shiny red leather jacket.

But his world came crashing down on April 15 when the council, a branch of the world’s largest Pentecostal denomination with 300 churches in Florida and the US Virgin Islands, fired him in a letter following the investigation, according to court documents. READ MORE